As Transport Transforms, the ICE Age Gives Way to Copper

I have a dear friend who’s a “car guy” — a total gearhead.

Over the years, he’s owned a stable full of hot vehicles and muscle cars.

I’ve seen him drive different makes and models of Corvette and Mustang, the Challenger and Jeep, species of Jaguar, Porsche and many more.

But then one day, he came rolling down the street in a Tesla!

I looked at the car and just stared.

He looked at me and said, “I love this Tesla!”

Then he added, “I don’t think I’ll ever buy another internal combustion car.”

Hmm… It was what academics call a teachable moment.

It’s investable too. So let’s dig in…

Before we begin, I’ll say that this article is neither an ad for Tesla cars nor an endorsement of Tesla shares. I leave that to others. Do your own due diligence.

But Tesla is my way of opening a discussion about the transformation of transportation. Because right now, we’re at the bow wave of a massive, global-scale industrial shift.

The investment implications are wide open. Definitely, there’s money to be made. I’ll give you some tips further along.

But for now, here’s how to look at things.

We used to think of cars, trucks, buses, etc. as platforms for an internal combustion engine (ICE), guided by a person sitting behind the wheel. That’s the essence of your vehicle, right?

Indeed, even the human being is becoming optional. So what’s going on?

Well, let’s do some history. Back up over a century. Call it the “ICE Age” (okay, sorry… couldn’t resist).

With minor exceptions (which I’ll address in a moment), for well over 100 years cars, trucks, etc. have been powered by hydrocarbon fuel, via an ICE.

Fuel and engine; that’s how you’ve been getting around your entire life. You and billions of other people across the planet.

Over the decades, manufacturers made extensive improvements to every part of the ICE power and drivetrain. Car companies and engineers have been perfecting ICE for over a century, and the world has many superb, fuel burning designs and vehicles.

In fact, if you took an auto engineer from, say, 1921 and magically time-traveled a century ahead to 2021, that person would likely still understand the fundamentals that run an ICE vehicle: the fuel tank and lines, engine block, pistons, crankshaft, etc.

But then, if you walked that engineer into a showroom full of electric vehicles, the understanding would fade.

Consider how electronics have eliminated many mechanical linkages, even for critical items like the transmission and steering. That 1921-era car guy would say, “Electronics? What are those?”

And then there are modern battery systems and traction motors, which use metals, materials and principles of science that were barely known to Nobel Laureates in Physics a century ago.

Of course, there were electric cars long ago. Such as this elegant, battery-powered, 1920 model Rauch & Lang, on display at the fabulous Durham Museum in Omaha, Neb.: 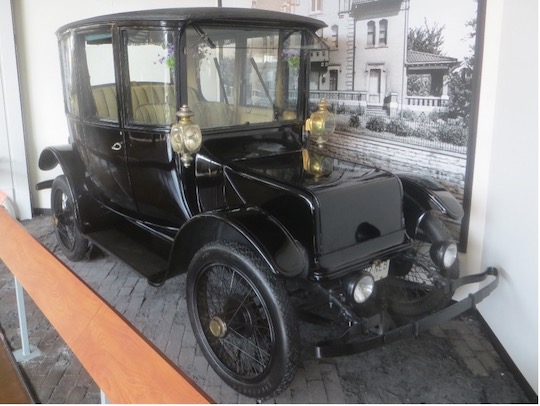 This handsome old coach ran on lead acid batteries and promised a range of 70 miles. The car was quite comfortable for the time and good for local driving — which was all there was considering the paucity of roads and nothing even remotely like high-speed highways.

Rauch & Lang was one of a number of early electric car companies that came and went, 1890s through mid-1920s.

By 1925 or so, the electric machines were mostly gone. They couldn’t compete with ICE vehicles, especially after the electric starter replaced hand cranks and because large fuel tanks offered much longer range than 70 miles.

And so, you can trace the rise of the ICE-age from the 1920s onwards…

It’s fair to say that ICE-powered vehicles were a natural evolution within the industrial age. Nobody planned it. There were numerous unrelated events which all conspired to give the world its current ICE-car culture.

Begin with the abundance and availability of fuel. The early 20th century saw oil discoveries across the world from Texas to the Caspian Sea. Petroleum became plentiful while logistics and refining advanced to turn motor fuel into a global commodity.

Meanwhile, the industrial effort behind World War I included building large factories in Europe and North America to crank our parts and components for motorized and mechanized equipment. In many respects, the war transformed auto and truck manufacturing from a somewhat boutique business, pre-war, to a scaled-up global industry.

Meanwhile, all manner of inventions and advancements facilitated the rise of a global industry focused on motor transport.

Examples include metallurgical developments like vanadium-alloy steel, which enabled lighter and stronger car and truck frames. Or a company called Rockwell, which came up with methods to mass-produce reliable axles at low-cost.

Sturdy body frames and reliable axles; just these alone — figuratively and literally — did much to put people onto a set of wheels. And there were countless more developments, all toward building better cars, trucks, etc.

It’s accurate to say that much of the North American, European and later global scale, 20th century industrial buildout was focused on ICE.

Obviously, U.S. and European auto firms built cars and trucks. But follow other threads and see where they lead. That is, the 20th century auto industry drove developments in many other sectors as well.

Think about petroleum and refining. You can’t have ICE vehicles without gasoline and diesel. Or pipelines and tankers, both ships and trucks.

Of course, it takes steel to build cars and engines. Don’t forget zinc, to galvanize said steel and keep it from rusting away too fast. Hence the steel industry prospered, all the way down to iron ore and coal miners.

And then there’s aluminum, copper and many more metals, all of which go inside cars, trucks, etc. Later, the automotive industry drove developments in plastics as well.

Or consider the tire industry, which provides the proverbial rubber that meets the road.

And then there are those roads. Autos led to a global buildout of streets, roads and highways.

First, the effort focused on just paving heavily traveled thoroughfares in cities and towns. In the 1930s, Germany pioneered its intercity Autobahn system, which was copied in the U.S. in the form of the Pennsylvania Turnpike, America’s first high-speed highway.

After World War II, in the 1950s the U.S. began building its interstate highway system.

And more recently, we see the motor transport industry figure prominently in China’s internal buildout of a vast highway system, along with its ongoing “Belt and Road” system across Eurasia.

Obviously, a lot of industrial history — and certainly human history — has followed the path of the last century’s automobile sector and related spinouts.

Which gets us back to my friend and his Tesla. He likes his new EV. Indeed, many people like their new EVs.

And that favorable sentiment toward Tesla and EVs in general is at the heart of a major effort by the global auto industry to electrify transport and move away from the old ICE model.

For example, perhaps you saw the recent Super Bowl commercial by General Motors, with Will Ferrell engaging in a humorous global odyssey that focuses on EVs. Indeed, Farrell travels to Norway to make his point about GM, except he lands in Sweden. Typical Ferrell comedy…

Closer to home, though, we have President Joe Biden in Washington D.C., waging jihad on fossil fuels in general and ICE vehicles in particular. I’ve written recently about Biden’s war on fossil fuels, here and here.

I’ve also discussed the Biden focus on transitioning the U.S. to EVs, here.

And definitely, there’s plenty wrong with the Biden approach to U.S. energy, as I’ve discussed here.

Basically, with a wave of his hand and stroke of his presidential pen, Biden is dismissing over a century of not just American, but global industrial, economic and social-cultural development.

Biden’s approach is top-down industrial policy, directed from the Oval Office. It’s a political power grab. There’s no true basis for it in the Constitution. Indeed, when Biden does cite statutes, he relies in great part on U.S. laws pertaining to wartime powers of government.

Sadly, there’s not much you or I can do about a deluded monarch who believes he has supernatural powers to reverse entire tides of human development.

But then again, it’s investable.

And one key avenue for that investing angle is the red metal — copper.

The price of copper has been rising for about a year, since the March 2020 crash. It’s now at a near-30 year high. Here’s the chart. 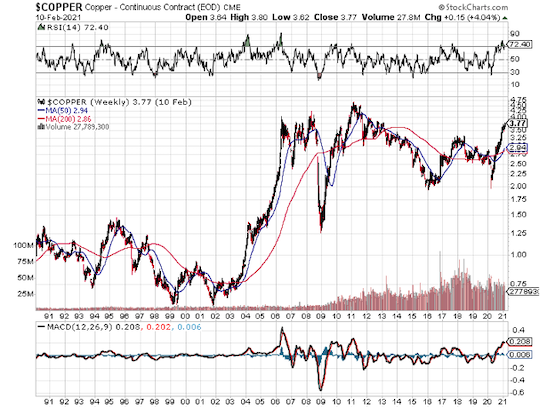 Copper, the metal with a PHD in economics. StockCharts.

That big price rise between 2002 and 2009 was China building vast cities. The doldrums of the mid-2010s were just that… a period of drift in terms of supply-demand.

But now, looking ahead, the next rise for copper will come from demand for EVs, among other things.

Depending on the make or model, a typical EV uses 4 to 8 times as much copper as an ICE vehicle. So multiply that by literally tens of millions of units manufactured worldwide every year. Autos will need much more copper.

Except there’s a problem. After years of under-investment in copper mines and refineries, the forecast supply won’t meet demand over the next few years. Prices are going to rise.

I stay away from Chinese plays, but I actually like Russian miner Norilsk, which is a solid producer that pays a good dividend.

Meanwhile, big copper companies are out searching for high-quality exploration and early-stage development plays. This will benefit a host of names in the junior mining space.

Over the past few years, I’ve visited numerous copper projects that impressed me. These include Trilogy Metals and its Ambler project in Alaska; Western Copper & Gold in the Yukon; Group Ten Metals in Montana; Excelsior Copper in Arizona; Riverside Resources in Mexico; and Chakana Copper in Peru.

Here’s the takeaway. The ICE Age is passing… And the Age of Copper dawns. Deploy your money accordingly. 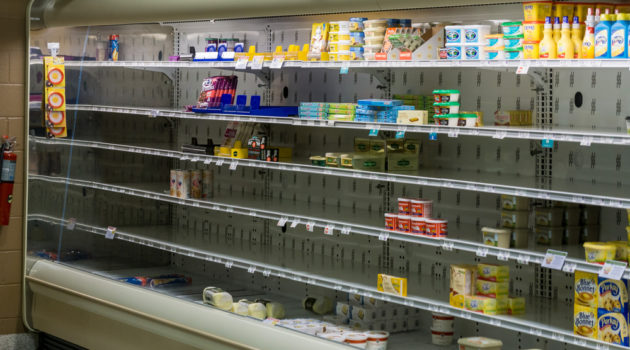 Today, Jim Amrhein weighs in on the looming food crisis in the face of coronavirus. 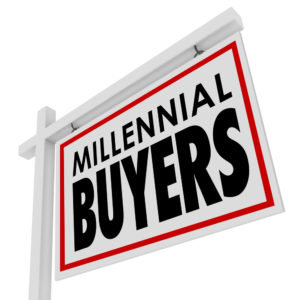 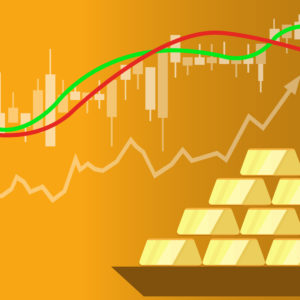 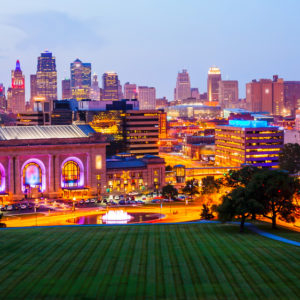 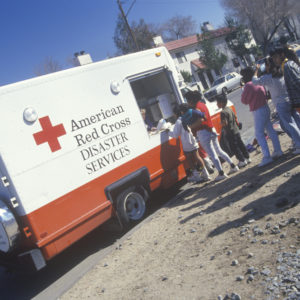 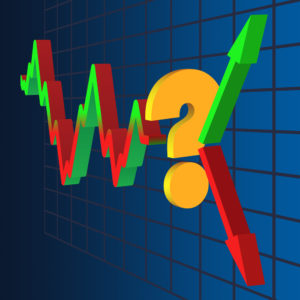 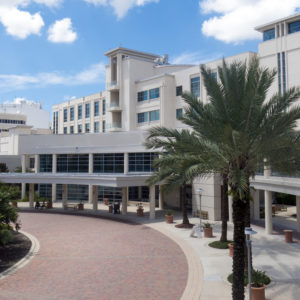