I thought Hillary Clinton had retired to her house in Chappaqua, New York. I thought she was taking walks in the woods, enjoying being a grandma and nipping the occasional libation.

You probably saw what Hillary Clinton said last week. Seemingly out of nowhere, the dark shadow of Hillary swooped back into national politics. 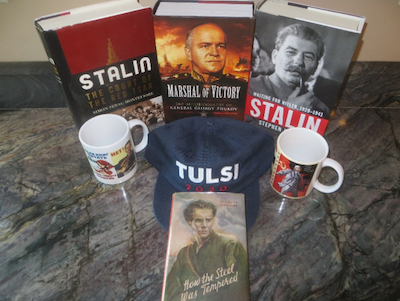 Are you a “Russian Asset”? Asking… for a friend…

Hillary referred to a person – unnamed, but easy to finger – who she apparently believes is readying a third-party campaign for President…

“I’m not making any predictions,” said Hillary Clinton. “But I think they [i.e., the Russians] have got their eye on someone who’s currently in the Democratic primary and are grooming her to be the third-party candidate. She’s the favorite of the Russians. They have a bunch of sites and bots and other ways of supporting her so far.”

The only person who fits that mold is Rep. Tulsi Gabbard.

Then, in the same podcast, Clinton brought up 2016 Green Party candidate Jill Stein – currently practicing medicine in Boston – whom Clinton described as “a Russian asset.”

This “Russian asset” issue would be both stupid and funny if it weren’t so serious.

Tulsi Gabbard – alleged “Russian asset” – is a 38-year old woman; born in American Samoa and raised in Hawaii. In her youth she was mostly home-schooled, and later attended college in Hawaii. She has served 16 years (so far) in the Hawaii National Guard, and holds the rank of Major (O-4) in the U.S. Army.

Tulsi is in the Army’s Medical Service Corps, and served two deployments in combat zones in Iraq. She’s currently a Member of Congress, where she sits on the House Armed Services Committee (HASC), among other assignments.

I’ve never met Tulsi. I know her only via media accounts. She’s a self-styled “progressive” Democrat, whatever that means; likely not quite my cup of tea on many issues. But based on my background in the Navy, I can say this…

Anyone who rises to the rank of Major in the Army, let alone sits on the HASC, has been through several comprehensive background investigations by a variety of U.S. security services. And if you’re truly a “Russian asset,” somebody will discern it long before Hillary Clinton outs you in a political talk.

As an Army Major, Tulsi must hold at least a “Secret” clearance, based on an FBI background investigation (BI). For that BI clearance, at the very least, Tulsi had to list every place she ever lived, every school she ever attended, every job she ever worked. She must have listed old friends and acquaintances, schoolteachers, co-workers and more.

Doubtless, the FBI contacted the old friends, neighbors, schoolteachers, etc. And also contacted police departments of every jurisdiction, and scrubbed every court record in search of Tulsi’s name.

Along the way, in both Army and Congress jobs, Tulsi likely went through a “single scope special background investigation” (SSBI). It’s more of the same FBI-style investigation, but performed by an arm of the Department of Defense (DOD). SSBIs are reviewed every five years, so Tulsi has doubtless filled out many supplemental forms during the updates, and been interviewed by DOD reps. (Ask me how I know…)

These days, and by virtue of sitting on HASC, Tulsi has almost surely been reviewed for security clearances above SSBI, known as “sensitive compartmented information” (SCI); an area of intelligence that involves what’s called “code word access,” and in which the bar is set quite high for everyone in those ethereal levels.

Finally, and again via her HASC position, Tulsi probably has a “special access programs” (SAP) clearance as well, pertaining to absolutely the most sensitive defense systems and intelligence.

Point is…  By the time you receive top level security clearances within the U.S. government, your life is an open book. Many people have looked at you and your personal history.

But according to Hillary, Tulsi is a “Russian asset.”  Yeah.  Right…

For Hillary to accuse Tulsi – and Jill Stein – of being “Russian assets” is name-calling, pure and simple. It’s McCarthyism, per the 1950s expression; except that Sen. Joe McCarthy was actually right about there being Communists in the State Department.

Meanwhile, Hillary is out of political office; not a moment too soon, some might say.

Hillary is on the outside of power, looking in; and some people may truly be thankful for that.

Yet now she’s bad-mouthing people, calling them “Russian assets,” as if she actually knows something.

Okay… let’s play along. Just how does Hillary know anything about this “Russian asset” matter?

Seriously… How Does Hillary Know This?

Hillary isn’t some random person. She’s not just sitting on a barstool down at the corner saloon ranting about how screwed up is the world. No, Hillary is a former U.S. Secretary of State; among the highest positions and greatest honors the country can bestow on anyone.

Simply by accusing someone – no less than a sitting House Member/HASC and serving Army officer – of being a “Russian asset,” former Secretary of State Hillary is implying that she has some sort of information. From where? From whom?

Is there someone within U.S. security services who is perhaps “leaking” information on SSBIs, SCIs and SAPs to outsiders? And not just that; but leaking things about people based on the fact of the target’s political candidacy?

Oh wait…  Now we see shades of Donald Trump being tagged by U.S. foreign intelligence operators and domestic FBI surveillance during the 2016 campaign. Is this more of the same?

And even more telling, the “Russian asset” accusation is coming from Hillary… the one who somehow “lost” 33,000 emails that were flowing through her private email server while she was Secretary of State…

When I was in the Navy, I held a few clearances. Nuclear weapons. Electronic warfare. Antisubmarine warfare. Submarine locations and movements. Stuff like that.

To this day, many years later, all I can ever say about U.S. submarines is that “they can dive to depths of over 400 feet, and move through the water faster than 20 knots.”

That’s the official word on U.S. submarines. I can confirm or deny nothing else.

Same thing with nuclear weapons. I can confirm or deny nothing.

Because access to certain kinds of intelligence information creates a bond – a lifetime bond, actually – between the individual and the government; in my case, the Navy. There are things about which I simply do not speak out of turn. Ever.

Apparently, Hillary missed that lesson about preserving classification in her intake brief to become Secretary of State, if not her exit brief when she left. Too busy, I suppose.

But what is it about Tulsi that perturbs Hillary?

Tulsi has built her campaign for President around her love of country, as demonstrated by her long-term Army service; 16 years and counting…  And a major theme is Tulsi’s opposition to U.S. “regime change wars” across the world.

Aha! According to Hillary and her enablers, “regime change wars” is a Russian-oriented term. It’s the term that some Russians – Putin! – use when they accuse the U.S. of going around the world, sponsoring overthrows of governments, and then diving into the chaos to support civil wars and other major combat operations.

Kind of like, say, Libya…  Where in 2011, under the oversight of a certain Hillary Clinton, the U.S. helped take down the late Muammar Gaddafi. And about which Hillary later said “We came, we saw, he died… hahahaha…” 1

Watch the YouTube segment. It’s easily among the most despicable displays of a war-criminal mentality ever to pass through the voice box of a high U.S. official. It’s Nuremberg-level evidence.

Meanwhile, Tulsi has criticized the never-ending – never-winning – U.S. war efforts across the Middle East and North Africa. You know the names and places. Afghanistan, Iraq, Yemen, Syria… Plus, wars elsewhere that have U.S. support with minimal strategic benefit to the country, such as promoting a continuous war climate in parts of Ukraine.

You may or may not like Tulsi’s progressive political views on gun control, taxes, medical care, immigration or whatever. But she certainly comes across as having an informed view on the use and abuse of U.S. military power. Tulsi offers a strong, credible voice…

And for expressing those views, she’s a “Russian asset.”

In other words… Are you tired of endless wars in the Middle East? Tired of watching the body count rise for U.S. and allied soldiers? Tired of hearing about more bombing raids, drone strikes, spending billions of dollars per month?

Okay, I admit it… On that basis, I’m a “Russian asset.” Perhaps you are too.

Break out the vodka! Let’s dance to the tune of Kalinka! End the wars!

1 Clinton on Qaddafi: We came, we saw, he died, YouTube 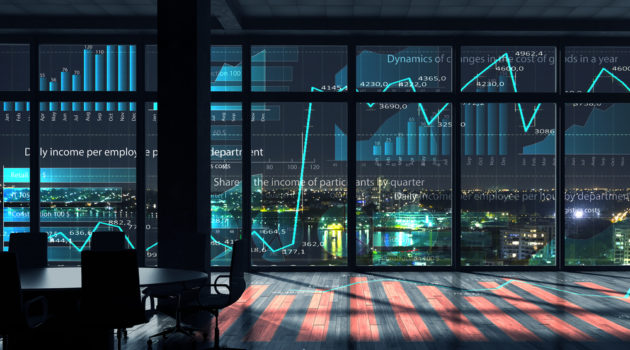 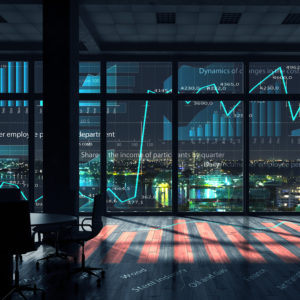