Here’s a railcar full of what looks like gray sand. It doesn’t look like much, but this gritty-looking material has remade the global economy, as I’ll detail below. 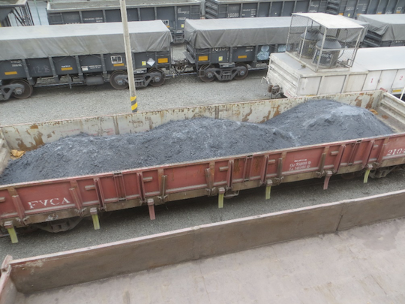 Gray sand? Not exactly… You won’t find this at the beach. Or if you do, stake a claim because it’ll be one heck of a valuable beach.

Let me jump ahead… This railcar explains why China has moved up so far, so fast in the world.

Meanwhile, the railcar helps to explain the decline of the U.S., in relative terms. It practically defines the deindustrialization of America, if not the opioid crisis and new populism that has rocked current culture.

The gray sand in the railcar explains immense movements of wealth from West to East, and the rise of China’s military power as the West is in relative decline.

You’re looking at what comes out of a copper mine; in this case the Toromocho Project, about 85 miles east of Lima, Peru, at about 15,000 feet – high in the Andes Mountains. It’s among the highest-elevation mines in the world… but what a mine!

Toromocho used to be known as Peru Copper. A Chinese firm – Chinalco; China National Aluminum Corp – bought the Peruvian company in 2007, and then completed one of Peru’s largest copper mines by 2013. Six years to build a massive copper mine; rather fast, as these things happen.

Output from Toromocho is mostly copper, with associated silver and molybdenum.

Chinalco spent over $2 billion to construct the mine and is in the midst of a $1.3 billion expansion. Add in the price paid for Peru Copper, and the project is up over $4 billion.

Chinalco mines ore at Toromocho. Then, on site, a massive plant crushes it to near-powder and treats the material to separate valuable copper (and silver/moly) components. Here’s a photo of just a small part of the massive, sprawling complex. 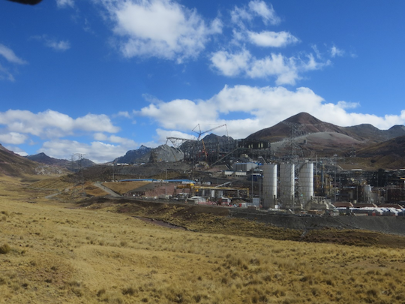 The mining-crushing-separation process makes for a long story… But at the end of a complex chain of machines and chemistry, the product is “copper concentrate” – the gray sand I showed you above.

Chinalco loads that copper concentrate into railcars that move right onto its mine site. 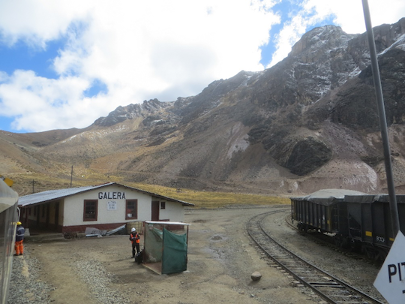 Loaded railcars near summit (15,600 ft.) of Andes and Chinalco-Toromocho mine

It helps that Toromocho is quite near the main Peruvian rail line, constructed back in the 1870s. It’s a stunning piece of engineering work, even by today’s standards.

In other words, there’s no trucking involved with the Toromacho ore, which is unusual for most mining efforts.

The rail company – called Ferrocarril Central Andino (FCCA) – hauls loaded wagons, covered tight with tarps to prevent copper concentrate from blowing away, down a steep rail line, with an average grade of 4.9%. (By comparison, the famous “Horseshoe Curve” of Pennsylvania is a mere 1.8% grade.)

The FCCA trains pass through tunnels, switchbacks and “zig-zags,” to sea level and the Peruvian port of Callao, on the Pacific Ocean.

There, at Callao, FCCA has a large storage site for copper concentrate. The rail company unloads the material by literally picking up filled cars and dumping the copper concentrate into a large chute, using this rotating machine. 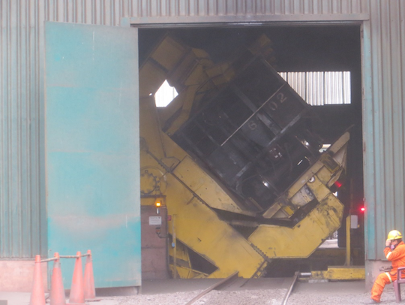 I saw all of this during a recent visit to Peru, where I had an extensive visit with FCCA management, to include riding a freight train up and down the Andes. (I’ll have more on that in other articles.)

But we began our visit to Peru with the Callao port visit, and that gray sand.

It struck me that the copper concentrate in the humble railcar – U.S. rail surplus; long ago exported to Peru – is changing the world.

Toromocho is among the largest copper mines in Peru, and fully owned by Chinalco. All output goes expeditiously down the rails to Callao, then by ship to China.

Chinese money built the mine, operates the mine and pays the railway to haul material from its mine down to port, where Chinese ships and crews pick up the material and haul it away… to China.

In Peru, high in the Andes, Chinalco upgrades raw ore, straight from the ground, and turns it into a basic “concentrate.” Then Chinalco pays the FCCA group to haul product down to Callao. That’s the entire value-add in Peru – and to be sure, it makes many jobs there.

But that Peruvian copper is also what feeds China, Inc…

Once delivered to China, the copper concentrate from Callao will become copper wire, sheet and tubing. It’ll build out Chinese cities, as well as China’s Belt & Road Initiative (BRI), to tie Eurasia into an integrated economic trading zone. Copper from Peru will become critical parts in Chinese planes, trains, cars, ships and every manner of electrical device. You’ll likely make a market for that Peruvian copper if you ever buy a “Made in China” electrical product at Walmart or Target.

It gets back to a basic point. China’s business model is to take primary materials – the more primary, the better – and do the value-add in China.

At a basic level, just think of the jobs at copper smelters and refineries. Or the chemical and metallurgical technology. Or the “clusters” of businesses that serve a smelter or refinery.

Now, think of the downstream users of that copper. These are companies that manufacture everything under the sun, from air conditioners and microwave ovens, to massive electrical equipment. All the jobs, technology and clusters are Chinese for this, as well.

Peru has immense copper deposits because of the geology of the Andes; long story.

But as the world has evolved, Peru’s copper currently moves to China because that’s where there’s immense industrial demand.

Over 40 years ago, China adopted a national strategic plan to build up its industry and become a wealthy, powerful country. Part of the approach was to send Chinese people abroad, to identify and buy into resource plays for China’s future. It’s called thinking ahead.

By comparison, about 40 years ago the U.S. determined to deindustrialize. It’s not as if there was a national vote on it; nor can we really identify a particular group of Washington, D.C. “central planners” or such, who sat around a table and mapped out the ruination of U.S. industry.

No, in the U.S. it was more a confluence of things… A U.S. national mindset evolved which came to disdain basic industry; those dirty, polluting factory jobs and such. That, and longstanding issues over relatively high industrial wages and surly unions. Throw in management teams that, in many instances, didn’t truly understand their own industry.

Meanwhile, the U.S. was sliding down the slippery slope towards financialization; a trend that’s still predominant across the U.S. economy.

That is, financialization turns currency into an industry. No mines or mills; just a central bank and wide-scale banking and “finance” groups. Financialization may help to create some new things. But mostly, financialization is about trading funds quickly, and skimming dollars out of the high velocity stream.

Anymore, the U.S. financial mindset looks at every company and industry only as some sort of money-machine, with a short-term focus. And if the machine fails to meet targets for quick profits, revenue growth, return on investment… well, it’s time to close the factory gates.

In the U.S., over the past two generations, factory gates closed and the social impact was awful. This is what gave us the term “Rust Belt.” This phenomenon is the source of broken people, broken families, broken communities. It’s a massive element of the national drug problem…

While factory gates closed across America, new plants arose in China… using imported materials, in many instances; see Peru’s copper. Then, China was more than happy to sell boatloads of goods to meet global demand.

To make its plan work, China needed supply chains. So China bought raw materials out of mines and mills across the world, and has built a global fleet – over 40,000 merchant vessels – to ship it all to China and feed the factories.

In this note, I’m discussing copper from Peru, loaded in railcars awaiting the rotating dumper at Callao, and then a trip on a ship to China.

I could just as easily discuss iron ore and coal from Australia, loaded onto ships to China where the materials are transformed into gleaming new cities, with top-notch railways, roads and fleets of other ships.

Or I could tell you stories about other ores and minerals from Africa. I’ve seen vessels laden to the gunwales with materials from Angola, South Africa, Congo and more; all bound for China. All of it moving via a procurement system that reaches into every nook and cranny of the world’s inhabited lands. (And note: China even has resource geologists in Antarctica, so stand by!)

I mention all of this because that carload of copper concentrate in Callao hit a nerve. I saw that open car; cover removed before being unloaded. Just basic, gray feedstock. And along the tracks, dozens of other loaded cars, filled with mineral wealth of Peru and bound for China.

Here’s the takeaway. Don’t blame China or the Chinese for working every angle to work things to their best interests. After 5,000 years or so, it’s fair to say that China and its people – certainly the leadership class – have a true sense of what the country is and who they are as a nation.

The U.S., on the other hand, has made a mess of its economic power and strength. As a country, we just plain walked away from former greatness. Deindustrialized, and then financialized. The U.S. made many bad choices, one might say. We missed the boat; the ore boat, that carries copper concentrate home to add value, and produce real things.

That’s all for now. I rest my case…

Thank you for reading. 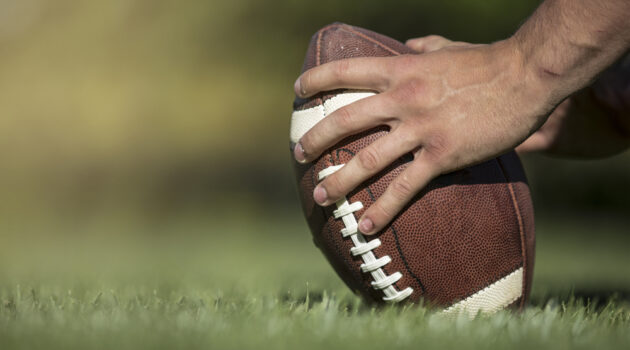 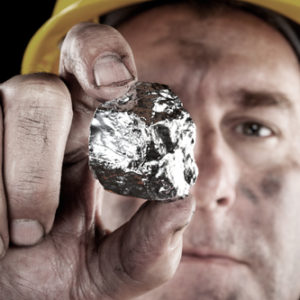 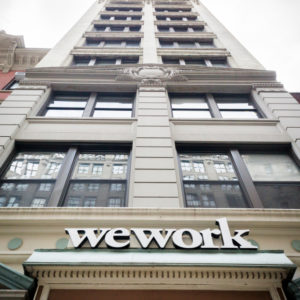 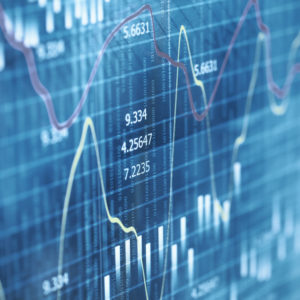 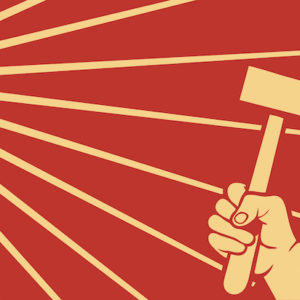 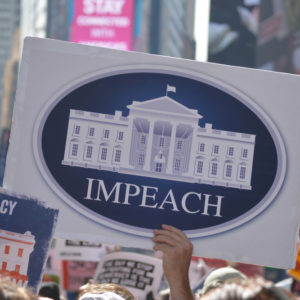 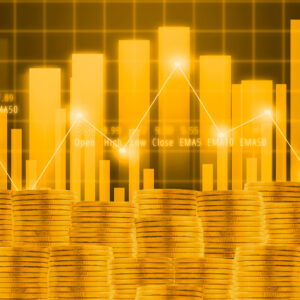