“I didn’t come all this way just to sit and fold my cards!”

I was sitting across from a typical tourist who was counting out chips to call my bet. We were playing poker at the Wynn, and this guy was enjoying every minute of the game.

A native of Texas, Robert was a boisterous guy with a ten-gallon cowboy hat and plenty of money to gamble. He liked the action and was happy to donate his money to the table if it meant he could have a good time.

Poker is one of the only games in a casino that allows you to play against other players. So instead of the odds always being stacked against you, a skillful poker player can capitalize on the mistakes others make.

I’ve always found it fascinating to compare the game of poker to strategies that we use when investing in the market.

With both poker and the market, you’re betting your money on situations where you expect to win. And if you’re smart (unlike Robert), you’ll be careful about when you make your investments and you’ll get out of a trade if the situation doesn’t pan out the way you expect.

Most importantly, you’ll always keep the odds in your favor.

In other words, you want to win big when you’re correct. And in the event that you’re wrong (and you will be wrong sometimes), you want to lose the least amount possible.

That’s the concept behind the Chris Moorman quote that I tweeted out earlier this week.

Note: You can see my real-time market thoughts and other quotes like this by following me on Twitter!

As an investor, if you follow this path, you’ll be very successful over time.

So how does this concept work when you’re making actual investment decisions? Let’s take a look at a few examples in today’s market.

When Risk And Returns Are Skewed In Your Favor

One of the best ways to skew a trade in your favor is to buy when prices are low and ready to recover. If you commit to buying high-quality investments with upside potential while making it a habit to sell quickly if you’re wrong, the odds are in your favor!

Gold has been in a downtrend for some time, and has been pressured by a strong dollar. But there are some good fundamental reasons why the U.S. dollar should reverse…

This week, gold started the week sharply lower. But yesterday, the price for an ounce of gold jumped higher. It appears that gold is primed to rebound!

As a trader, you can buy gold futures, gold stocks, or other precious metal positions right now, with the potential for big gains. If the market reverses, gold could spend the next few months (if not years) moving higher.

That kind of move could hand you some monster gains!

On the other hand, if the price of gold moves lower and trades below yesterday’s low, you’ll know that your timing is off. You could then close out your position with a minor loss and look for other opportunities down the road.

This kind of trade is something like flipping a coin. Except you get paid in a big way if you’re right, while losing only a small amount if you’re wrong. That’s the kind of situation I love when setting up investment opportunities.

There are plenty of times that we see situations like this in the market. For instance, Tesla might trade up to $420 (giving investors a small gain), or Elon Musk could get in hot water for last week’s tweet and the stock could plummet!

(You could make an argument that betting against shares of TSLA right now could give you a statistical edge).

Or when you consider the $1 trillion that companies are spending to buy back shares of stock, you could bet that stock prices are going to move higher. If you’re wrong and stocks move lower, the $1 trillion in capital should help support the market and keep you from losing too much — while the $1 trillion technically should lead to big profits for investors.

If you look hard enough, you’ll find plenty of situations (large and small) where you can make investments with the odds stacked in your favor.

Having Courage to Commit the Capital

Poker and investing are also similar because both require courage to make the right decisions.

Once you know that you have an advantage, you have to be willing to commit the cash to lock in your returns.

My bet was for several hundred dollars. And Roger decided to call the bet.

I flipped over my cards to show three of a kind. A strong hand in any game, and especially strong against a loose player like Robert.

“I really hoped you were bluffing” he said as he threw his cards into the muck.

The dealer shoved a pile of chips my way and Robert reached into his pocket to buy more chips.

That’s how the game works you see… Find an edge, commit your capital, and lock in your profits. It’s just as true on Wall Street as it is on the Vegas Strip.

Only when you master the odds on Wall Street, your potential gains can be much larger. 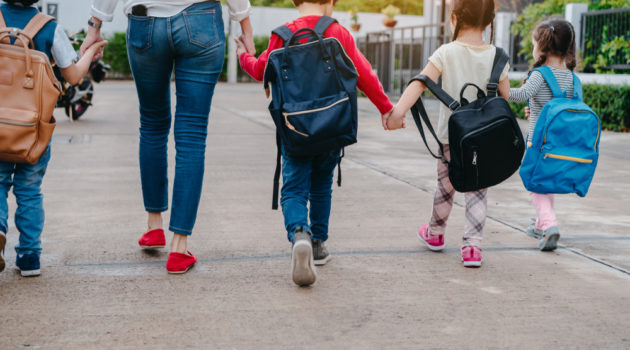