Let’s step back and look at the big picture.

This market is currently just two months away from earning the title of the longest bull market in history.

When it comes to the big picture (macro) view of our financial markets and of our overall economy, there are three primary themes that we’ve been watching closely.

Each of these themes has far reaching effects in different areas of the market. Today, I will be kicking off a three-day series to fully explain all three themes.

Think of this macro view of our economy like the ocean tide. The tide ebbs and flows over a longer period of time and it causes all kinds of changes to the shoreline and even the inland landscape.

Individual waves are like trades. We want to look at the specific waves and see how they’re setting up. But without knowing what’s happening with the overall tide, you’re unlikely to find the specific waves (or trades) that are best for you.

The first big macro trend that is shaping our economy is the job market.

President Trump campaigned on the promise that his policies would provide jobs for American workers. Now, I know the president’s personality can be polarizing and I understand why some people love him and some people really can’t stand him. We’re not a political newsletter, so I won’t get into all of the details there.

But when it comes to the job market, the policies in the U.S. have gone far towards encouraging companies to create more jobs for American workers.

Today, the unemployment rate is the lowest it has been in decades. And each month, we’re adding hundreds of thousands of new jobs to our economy.

The corporate tax cuts are a big part of why this is happening. This year, corporations are paying just a 21% tax rate on their profits. This compares to a 35% rate last year. So companies are able to keep a larger portion of their gains.

And with more capital to spend, corporations can invest in new growth opportunities — which means hiring more people to take on new projects, and paying those people more as budgets allow.

The chain reaction to this strong job market is important.

Because with a larger portion of Americans employed, and with wages moving higher, people simply have more money to spend.

Now you should know, about 70% of our economy is driven by consumer spending. So if consumers across America have more money to spend, this is a very good thing for our overall economy.

Think about what happens as a large batch of newly employed consumers go shopping — or as people who just got a raise start spending that extra money.

Companies who sell to these consumers will generate higher profits. They will need more merchandise (which needs to be manufactured). They will hire more wait staff, or add new locations. All of this compounds on itself leading to more strength for future quarters.

In short, the strong job market is driving growth in many different areas of our economy. And that’s a very good thing for us as investors.

This is just the first of three macro themes pushing today’s market higher. Watch out for tomorrow’s Daily Edge where I’ll be revealing the second!

5 Must Knows For Monday, July 2nd

Tariffs Take Effect — The first round of Trump tariffs goes into effect on Friday when the U.S. will begin imposing a 25% tax on $34 billion worth of Chinese products. This initial round will target industrial products like robotics, engines and aircraft parts. As of this writing, no new talks to resolve the situation have been announced.

Jobs, Jobs, Jobs — As I talked about in today’s alert, the U.S. jobs market is robust! And on Friday we get to see how well the trend is continuing. At 8:30 a.m., the Department of Labor is scheduled to release its monthly report on hiring and unemployment for the month of June. Current estimates project 200,000 jobs added last month.

Fed Minutes — Another clue into the Fed’s mindset is set to be released on Thursday when the Fed releases the minutes from the June meeting. Investors will be focusing on the Fed’s take on how tariffs will impact the economy and whether one or two more hikes are in store for 2018.

Autos Get A Check Up — On Tuesday, automakers will report their June sales totals. Researcher Cox Automotive estimates that we will see a small rise of about 2% over last June’s sales. However, forecasters still predict full-year sales falling short of the three previous years when sales have topped 17 million cars and trucks. 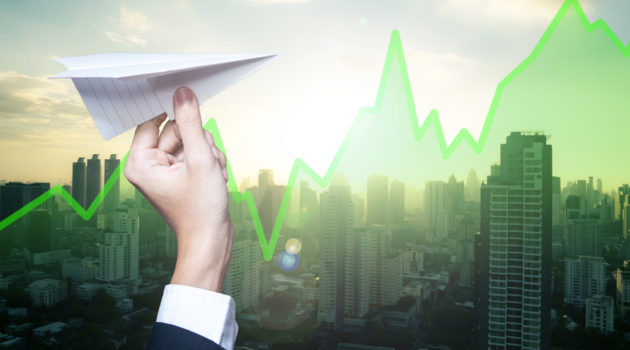 A New Opportunity to Collect Safe Income From Precious Metals