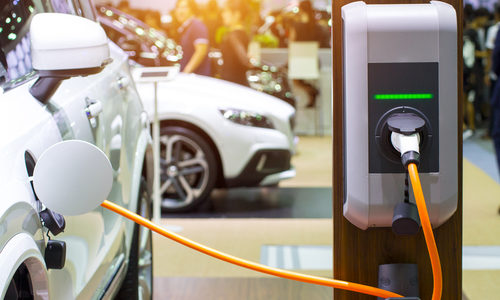 The growth ramp-up that is in store for electric cars is mind-bogglingly large.

We don’t even need a massive, immediate transition away from combustion engine automobiles to make this happen. We just need a few more people every year to buy electric.

Let me show you some numbers to explain what I mean…

Today, there are roughly 1.3 billion automobiles being driven on the roads across our planet.1

Out of those 1.3 billion automobiles, at the end of 2016, approximately 2 million of them were electric.2

Yes, those are the numbers. I didn’t miss any zeroes, and there is no typo. For every 650 conventional combustion engine automobiles on the road, there is only 1 electric car. Electric cars have virtually no share of this massive market.

I don’t think it matters if you are someone who is extremely concerned about global warming or someone who doesn’t believe it exists at all.  We can all agree that there is a huge market that electric cars are trying to tap into, and are virtually assured to at least get a piece.

From a starting point of virtually nothing, it’s not going to take massive changes in percentage market share to create incredible growth for electric cars.

For example, just getting to ten million electric cars will quintuple the number that were on the road at the end of 2016. After growing fivefold to 10 million cars, the market share of the electric vehicles will still be less than one percent.

Now For A Bit Of An “Out There” Electric Car Prediction

An economist at Stanford University named Tony Seba released a report this month that could have sent a few shivers through the boardrooms of Big Oil and Big Auto companies. 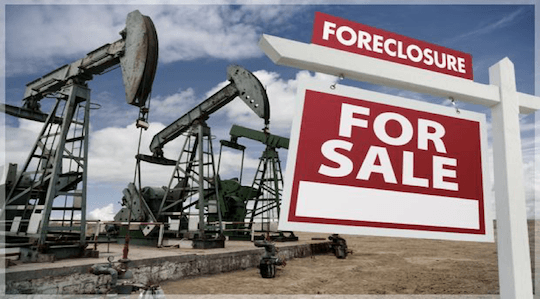 Personally I think the report is more than a little far-fetched, but I’m a big believer in listening to opinions of all kinds.

If what is in this report turns out even close to accurate, the entire world could be disrupted. Major countries will be pushed into financial chaos, fortunes are going to be lost (as well as made) and our day to day lives will be forever changed.

The entire geopolitical order would shift. And the worst part? The prediction is that this massive shift is going to happen within the next 10 years…

Because by 2025, Seba’s report predicts all sales of new vehicles are going to be electric. I’m talking about 100 percent of them.

Like I said, the report it a bit “out there.”

Take a look at the year 2016 in the bar graph below, which depicts estimated market share for the electric vehicle. 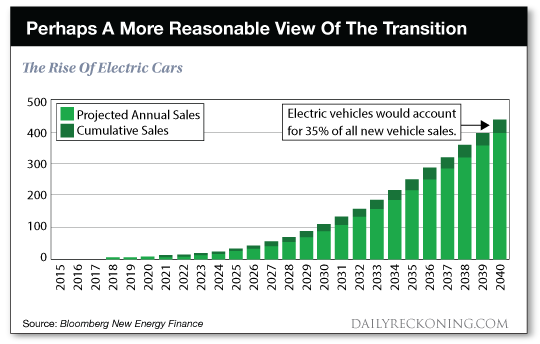 Although nothing close to the Seba prediction, the growth in electric car sales depicted by Bloomberg New Energy Finance is actually a fairly aggressive view. This view sees electric vehicles with 35% of the market in 2040.

Compare that to Seba, who sees electric vehicles with 100% of the market by 2025.

His thesis is based on immediate rapid steps forward in electric car technology taking place. This isn’t climate mandated change, this is a technological revolution that he believes we are on the cusp of.

If Seba is correct, the big event that kicks all this off happens in the next 36 months.

That is, when the EV battery will both achieve a range that surpasses 200 miles, and we see the price drop under $30,000…

“Out There” – But, Still A BIG Opportunity!

The Seba report is an interesting read. I actually quite enjoyed it.

I totally agree that if the electric car were to become cost competitive with combustion engine cars, that there would be a mass conversion.

But how suddenly is that going to happen? To think that within the next couple of years we’re going to jump that far forward with technology is a big assumption.

Hey, I could predict that we will have a cure for cancer by 2020 as well.  All I need to do is assume that giant breakthroughs are going to be made within that time frame.

Which is why I wouldn’t take what Seba is saying as gospel, and why I also wouldn’t recommend you go ahead shorting all of the big oil companies. Remember, the transition to electric cars will take a long time… Which is more than enough for these companies to plan and adapt accordingly.

But That Doesn’t Mean There Aren’t Other Investment Opportunities To Be Had!

There’s another resource that will play a major role in the future of the automobile.

It’s not gold. And it’s not silver.

I’m referring to is a resource that we don’t talk about much here at The Daily Edge, but nonetheless, one that I have followed closely for a long time — copper.

Did you know that an electric car requires four times as much copper as a conventional vehicle?

That means that for every electric car produced, the manufacturer demands four times as much copper. With that demand, and the upward trend of the electric car market, this signals good news for the former penny metal.

Heavyweight commodities company Glencore believes that there will an incremental 8.5 million tons of new copper demand in the coming years as we build out the electric car fleet.3

That would be equivalent by itself to more than a third of total copper demand today!

We could certainly be at the very beginning of an extremely bullish swing for the commodity price and related equities. So make sure you plan accordingly.

I’ll be sure to have more on the “unsung resource” copper in the future, and the plenty of other opportunities that litter the electric car market. 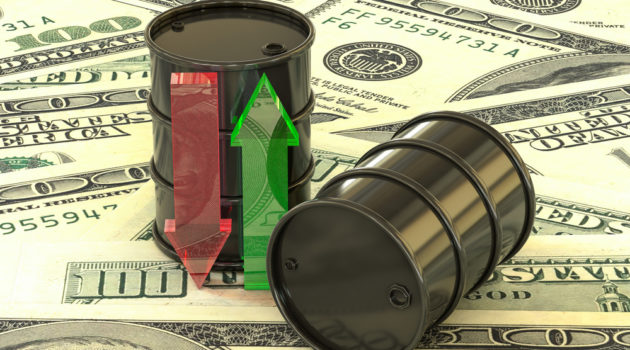 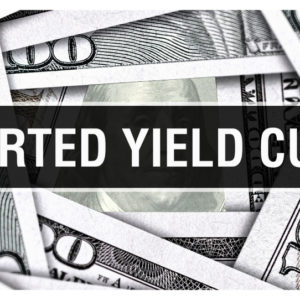 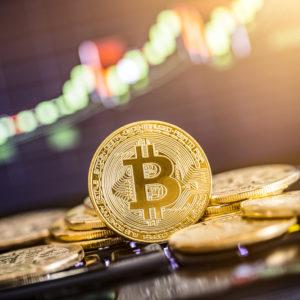 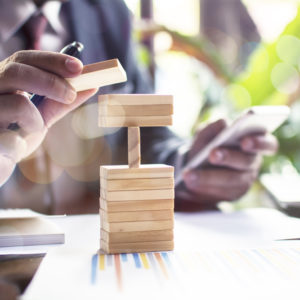