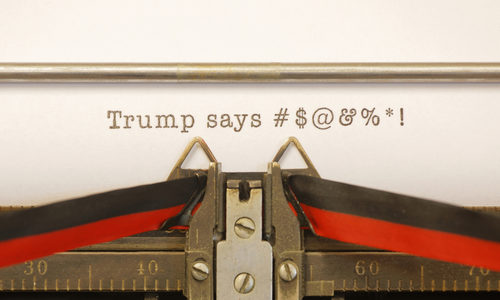 Trump’s effort to repeal and replace Obamacare never even saw a vote. When it was clear that the new healthcare measure didn’t have the votes to pass, it was simply taken behind the woodshed and shot.

Regardless of what you think about the new healthcare bill, this non-vote is about the worst case scenario for everyone.

Trump and the Republicans just sustained an embarrassing loss. By not getting a healthcare bill passed, Trump failed to deliver one of his biggest campaign promises. And the Republicans look like incompetent idiots for not being able to get their party behind a bill that can be supported.

Democrats aren’t in a much better spot. They didn’t win a decisive victory by defeating the new healthcare bill. Since the bill wasn’t even voted on, the party can’t actually claim a win on this issue. Plus, they still own all of the problems associated with the old Obamacare system.

And most importantly, American citizens lose. We’re still stuck with a healthcare system that just isn’t working. More and more people are unable to access the care that they need. And insurance companies are pulling out of key markets because they simply can’t operate profitably.

Friday was another great example of just how inept our political system has become. And today, the stock market is trading lower — at least in part due to the uncertainty and disappointment associated with Friday’s vote.

To be sure, this is a frustrating time for all Americans.

The Silver Lining to Trump’s Failure

I’m not going to sugarcoat the state of our healthcare system in America. It’s a disaster that is definitely going to get worse before it gets better.

But that doesn’t mean you can’t profit from this frustrating environment.

Today, I want to show you two ways that you can play the failure of Trumpcare. And while these two opportunities won’t make it easier for you to find a healthcare plan that fits your needs, they will help you build your wealth — which is very important considering the rising costs of medical treatment today.

Here are my two favorite strategies for right now…

It may sound strange to link a failed healthcare bill to the price of gold, but hear me out…

This morning, prices for both gold and silver are moving higher. At least part of the reason investors are buying gold and silver is because of the uncertainty in the market as a result of Friday’s non-vote.

With Obamacare still the law of the land, I expect to see prices for medical treatment to continue to increase. That’s an important source of inflation — especially for retirees and those of you who are close to retiring.

Add that to the other inflationary pressures in the market (higher housing costs, higher commodity prices and more), and you have a scenario that is very bullish for gold and silver.

For some time now, I’ve been telling you to add gold and silver to your portfolio. Having exposure to precious metals is an excellent way to protect your wealth and fight back against inflation. Gold and silver are trading higher after the health care vote and I expect this trend to continue.

So make sure you’re profiting from this rally!

Now that the Republican healthcare initiative is dead in the water, Trump will be turning his full focus on pushing a tax reform bill through Congress.1

This is “do or die” time for the president and the Republican Congress. The party already has an embarrassing failure on their record with last Friday’s vote. They can’t afford another gridlock situation when it comes to a new tax bill.

I expect to see much more willingness for the White House to work together with Congress to get a tax reform bill that can pass. And this tax reform bill has the potential to drive some major opportunities on Wall Street.

In particular, I’m excited about a provision that will allow U.S. corporations to bring profits back to the U.S. that have been trapped in overseas bank accounts.

It is estimated that U.S. companies have $2.6 trillion in profits that are held outside of the U.S.. these companies don’t want to bring the cash back to the U.S. because they would have to pay very high tax rates on these profits.

Trump has indicated that he will fight for a special tax holiday that will allow companies to bring this $2.6 trillion in overseas earnings back to the U.S.. According to the proposal, this cash will be “repatriated” at a much lower tax rate. And this will give companies an incentive to bring this cash back immediately.

With $2.6 trillion in cash coming back to the U.S., these companies will be free to pay bigger dividends and to buy back shares. This will push share prices of stocks higher, and will give investors bigger dividend checks.

I’m currently researching which companies will benefit the most from this tax provision. The key is to find large U.S. companies with big international profits. Right now, it looks like the biggest beneficiaries will be Microsoft Corp. (MSFT), General Electric (GE) and Apple Corp. (AAPL).2

I’ll be watching the progress on the new tax legislation closely and keep you posted along the way. 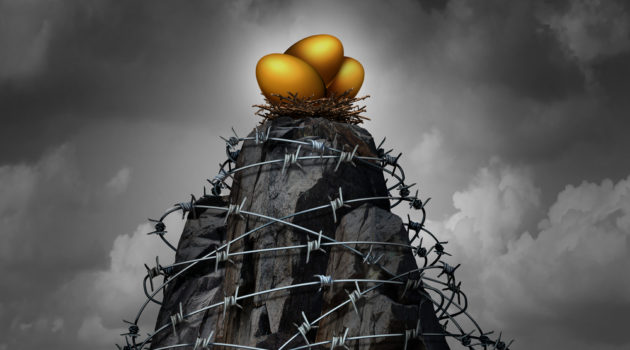 The Next Fed Chairman

Trump has a major decision to make in the coming days. No, it doesn’t deal with taxes or North Korea. Instead it’s about who will head the Fed next year. Zach Scheidt has the story… 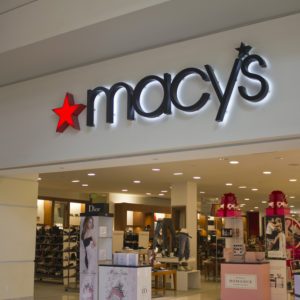 967% Gains So Far… And This Obscure Investment Could Double It

Today, Jody Chudley unveils how one hedge fund manager currently has 40% of his portfolio invested in one obscure investment, and explains why you should follow his lead…