Recent history has been a long and volatile ride for gold investors.

Starting from a low of about $250 per ounce in mid-1999, gold staged a spectacular rally of over 600%, to about $1,900 per ounce, by August 2011. Unfortunately, that rally looked increasingly unstable toward the end.

Gold was about $1,400 per ounce as late as January 2011. Almost $500 per ounce of the overall rally occurred in just the last seven months before the peak. That kind of hyperbolic growth is almost always unsustainable.

Sure enough, gold fell sharply from that peak to below $1,100 per ounce by July 2015. It still shows a gain of about 350% over 15 years. But gold’s lost nearly 40% over the past four years. Those who invested during the 2011 rally are underwater, and many have given up on gold in disgust. For longtime observers of gold markets, sentiment has been the worst they’ve ever seen.

Yet it’s in times of extreme bearish sentiment that outstanding investments can be found — if you know how and where to look. There’s already been a change in the winds for gold so far this year.

And using complex dynamic systems analysis, a trusted colleague of mine and I have developed a new thesis and strategy for profiting in the gold market.

The takeaway? Do not buy another ounce of gold until you read what I have to say.

The first one you may have heard many times. “Experts” say there’s not enough gold to support a global financial system. Gold can’t support all the world’s paper money, its assets and liabilities, its expanded balance sheets of all the banks and the financial institutions in the world.

It is true that at today’s price of about $1,300 an ounce, if you had to scale down the money supply to equal the physical gold times 1,300 that would be a great reduction of the money supply. That would indeed lead to deflation. But to avoid that, all we have to do is increase the gold price. In other words, take the amount of existing gold, place it at, say, $10,000 dollars an ounce, and there’s plenty of gold to support the money supply.

In other words, a certain amount of gold can always support any amount of money supply if its price is set properly. There can be a debate about the proper gold price, but there’s no real debate that we have enough gold to support the monetary system. I’ve done that calculation and it’s fairly simple. It’s not complicated mathematics.

You do have to make some assumptions, however. For example, do you want the money supply backed 100% by gold, or is 40% sufficient? Or maybe 20%? Those are legitimate policy issues that can be debated. I’ve done the calculations for all of them. I assumed 40% gold backing. Some economists say it should be higher, but I think 40% is reasonable.

That number is $10,000 an ounce. In other words, the amount of money supplied given the amount of gold if you value the gold at 10,000 dollars an ounce is enough to back up 40% of the money supply. That is a substantial gold backing.

But if you want to back up 100% of the money supply, that number is $50,000 an ounce. I’m not predicting $50,000 gold. But I am forecasting $10,000 gold, a significant increase from where we are today. But again, it’s important to realize that there’s always enough gold to meet the needs of the financial system. You just need to get the price right.

In that case, central banks around the world could turn to gold to restore confidence in the international monetary system. No central banker would ever willingly choose to go back on a gold standard.

But in a scenario where there’s a total loss in confidence, they’ll likely have to go back to a gold standard.

The second argument raised against gold is that it cannot support the growth of world trade and commerce because it doesn’t grow fast enough. The world’s mining output is about 1.6% of total gold stocks. World growth is roughly 3–4% a year. It varies, but let’s assume 3–4%.

Critics say if world growth is about 3–4% a year and gold is only growing at 1.6%, then gold is not growing fast enough to support world trade. A gold standard therefore gives the system a deflationary bias. But that’s nonsense, because mining output has nothing to do with the ability of central banks to expand the gold supply.

The reason is that official gold, the gold owned by central banks and finance ministries is about 35,000 tons. Total gold, including privately held gold, is about 180,000 tons. That’s 145,000 tons of private gold outside the official gold supply.

To argue that gold supplies don’t grow enough to support trade is an argument that sounds true on a superficial level. But when you analyze it further you realize that’s nonsense. That’s because the gold supply added by mining is irrelevant since central banks can just buy private gold.

The third argument you hear is that gold has no yield. It’s true, but gold isn’t supposed to have a yield. Gold is money. I was on Fox Business with Maria Bartiromo recently. We had a discussion in the live interview when the issue came up. I said, “Maria, pull out a dollar bill, hold it up in front of you and look at it. Does it have a yield? No, of course it has no yield, money has no yield.”

If you want yield, you have to take risk. You can put your money in the bank and get a little bit of yield — maybe half a percent. Probably not even that. But it’s not money anymore. When you put it in the bank, it’s not money. It’s a bank deposit. That’s an unsecured liability in an occasionally insolvent commercial bank.

You can also buy stocks, bonds, real estate, and many other things with your money. But when you do, it’s not money anymore. It’s some other asset, and they involve varying degrees of risk. The point simply is that if you want yield, you have to take risk. Physical gold doesn’t offer an official yield, but it doesn’t carry risk. It’s simply a way of preserving wealth.

I believe the primary way every investor should play the rise in gold is to own the physical metal directly. In fact, I always say that at least 10% of your investment portfolio should be devoted to physical gold — bars, coins and the like.

However, before you buy a single ounce of gold, I have an urgent announcement for you.

Fact is I just developed a brand new thesis for gold. This is huge news, too. With what I see shaping up in today’s gold market you’ll want to act fast on this – click here to get started. 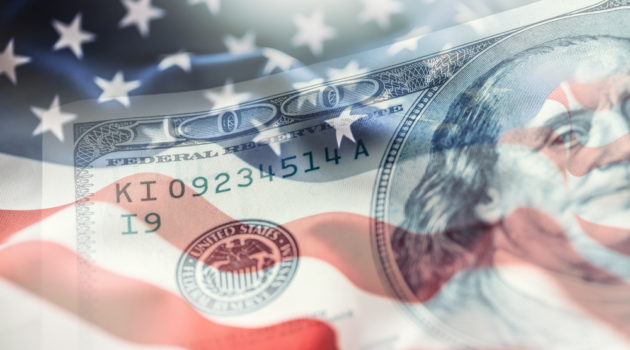 2 Ways to Play the Coming Return to Nuclear Power

Since the Fukushima reactor leak of 2011, nuclear energy has been decreasing worldwide, causing uranium's price to fall by more than half in the three years since. However, as Byron King explains, there's a quiet return to nuclear power going on in Japan and around the world. And that's good news for the price of uranium. Read on...