In 2014 there were two huge macro moves that has a profound effect on the U.S. dollar and the resource sector. Let’s recap…

First was the precipitous decline of the Euro.

With the Eurozone slow to recover from 2008’s meltdown, the European Central Bank started printing cash. Year over year the Euro currency is down more than 15%. For a currency that’s a HUGE move.

The second huge macro move was the big drop in oil prices. With OPEC playing oil war games, the Saudi spigots were opened wide and oil prices fell over 50%. That’s a head-shakingly wild move for crude.

Whelp, here in 2015, there’s one big macro move setting up — and I want to make sure you’re ahead of it…

Just to make sure you’re caught up to speed, let’s cover all the bases on this HUGE unfolding story.

China’s huge economy is going through some growing pains. For years the Chinese have been on a mission to make their currency part of the global equation. Instead of being a cheap-currency export economy, the Chinese are looking to shift to a fairly-valued currency and a domestic consumer economy.

This is no easy task.

A key step to this process relates to the International Monetary Fund (IMF.) This old boys club of the developed world is the de facto rule maker in global currency markets. And while the U.S. dollar is considered the world’s reserve currency, it’s the IMF that makes the rules of today’s global currency game.

Going down the rabbit hole just a wee bit more, the IMF created the idea of Special Drawing Rights or “SDRs.”

This from the IMF…

The SDR was created by the IMF in 1969 to support the Bretton Woods fixed exchange rate system. A country participating in this system needed official reserves—government or central bank holdings of gold and widely accepted foreign currencies—that could be used to purchase the domestic currency in foreign exchange markets, as required to maintain its exchange rate. But the international supply of two key reserve assets—gold and the U.S. dollar—proved inadequate for supporting the expansion of world trade and financial development that was taking place. Therefore, the international community decided to create a new international reserve asset under the auspices of the IMF.

So if you’re keeping score at home, the U.S. dollar is the world’s reserve currency. But, via the IMF there’s also a secondary basket of currencies included in the SDR. Those currencies include the Euro, Yen, Pound and U.S. Dollar.

Okay, so let’s get out of the rabbit hole…

Since the end of the Silk Road, the Chinese have been on the outside looking in. The Chinese Yuan isn’t part of the developed world’s currency considerations.

But this year, that could all change. China is making a strong push to be included in the IMF’s basket of currencies.

“For the first time, China has a real shot at getting the International Monetary Fund to endorse the yuan as a global reserve currency alongside the dollar and euro” Bloomberg reports.

You’ll see the same story popping up on the regular media outlets like CNBC, too… 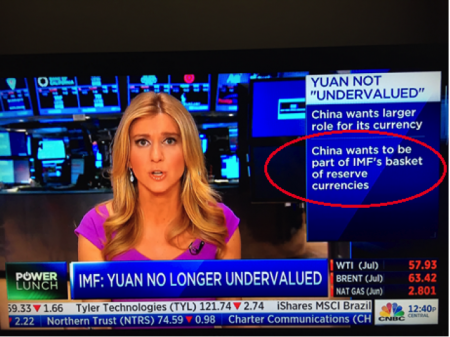 Add it all up and the Chinese have been arranging their tea leaves (and hoarding gold) to make this big currency move happen.

If you’re a long-time reader of this muddy rag, you’ll know we’ve been covering this story since 2011. And since that time we’ve stated that 2015 is THE year for the fireworks to happen.

That brings us to today’s insight…

A few weeks ago I was in Washington DC snooping around the IMF building. Here’s a pic… 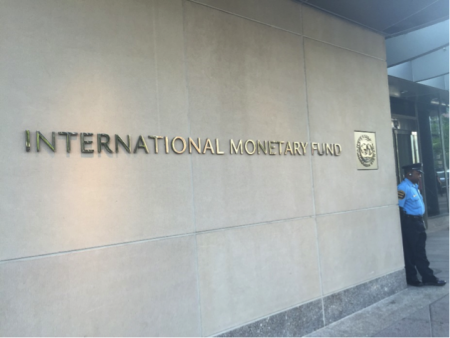 The IMF: Purveyor of Monetary Complexity!

Your editor didn’t see any briefcases of Yuan laying around on the ground. Nor did I see a preponderance of Chinese nationals. They could have been well-hidden, though.

But all jokes aside, this China/IMF interaction is the biggest story of the year. It’s only going to get hotter, too.

So placing our bets early could pay off in a big way.

But that begs the question: how does this story play out?

Well, unfortunately for the Chinese, I think 2015 is going to be a lose/lose situation.

Indeed, in a world where cheap currency can tilt the scales in your favor, China has been printing away.

But with a pending deal with the IMF? That simply won’t be the case. If China is added to the SDR discussion I’m certain that part of the deal will be a tightening of China’s monetary policy. That could be VERY bad news for China’s bubbling economy.

Even if the Yuan doesn’t get added to the SDR, I think this situation could spell disaster for the Chinese. Frankly, with all of the hoopla surrounding this IMF story, even if China doesn’t get the nod from the IMF, I’d bet we see some sort of roadmap laid out whereby the country could be added if they follow certain monetary restrictions. This roadmap could be an equally deadly dagger for the Chinese economy.

Simply put, within the next five months I think we’re going to see a lot of pressure on the Chinese economy – and that means China’s stock market bubble may be set to pop.

If you’re looking to play the biggest story of the year, steer clear of Chinese equities. And if you want to get a little fancy, find a way to profit from the downside… 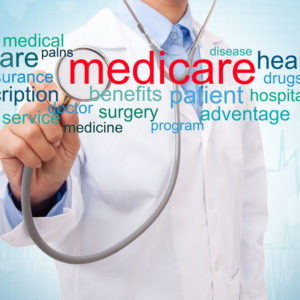 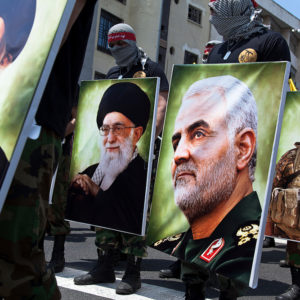