Earlier this month, I had the pleasure to appear on Jim Puplava’s Financial Sense Newshour radio program and discuss the state of the gold market. Along with my peers John Doody of the Gold Stock Analyst and Ross Hansen of Northwest Territorial Mint, I shared my thoughts on how we arrived in the current bear market, what factors might help us get out of it and the role real interest rates play in prices.

Below I’ve highlighted a few of my responses to Jim’s questions.

Q: Let’s begin with the bear market that began in 2011. Two questions I’d like you to answer. Number one: What do you believe caused it? Number two: Do you think this is cyclical or a secular bear market? 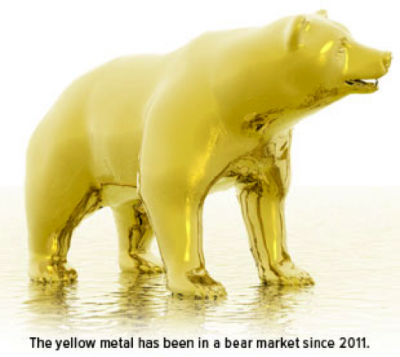 A: As I often say, two factors drive gold: the Love Trade and the Fear Trade.

In 1997 and 1998, the bottom of the emerging market meltdown took place. Four years later, we saw China and Asia starting to take off and GDP per capita rise. This is an important factor in this whole run-up that I would characterize as the Love Trade. A strong correlation is rising GDP per capita, and in China, India and the Middle East, they buy gold and many gifts of love.

At the very peak of 2011, the dollar had just been basically downgraded by Moody’s and we had negative interest rates on a 10-year government bond. It was a record negative real rate of return, like in the ’70s. You saw this spending from the Fear Trade, but this Love Trade was in negative real interest rates. 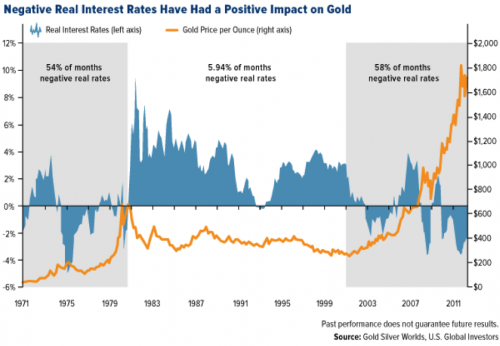 Since then, the U.S. has gone positive. But we’re seeing that in Europe, gold is taking off in euro terms, and in Japan it’s taking off in yen terms. They’re running at negative real interest rates the way we were on a relative basis up to 2011. 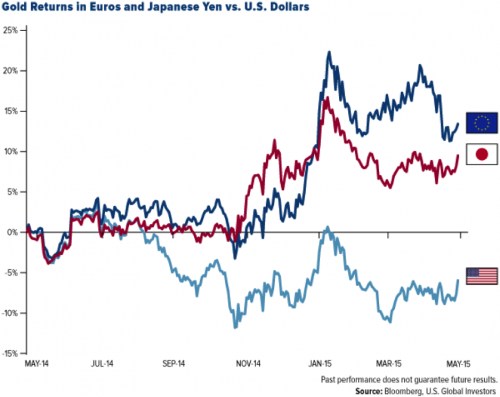 A: I think that we’re wrestling with something else. When we look at the other basic metals, what drives the demand for iron, copper, anything that makes steel? It’s fiscal policies. Huge infrastructure spending and fiscal policies. What’s happened since 2011–and after the crash of 2008 but particularly in 2011–is that when the G20 central bankers get together, they don’t talk about trade. It’s all about tax and regulation. They have to keep interest rates low to try to compete, to try to get exports up, to drive their economies. That is a big difference on the need for all these commodities, and it seems to have ended the bull market. Until we get global fiscal policies up and increase infrastructure building, then I have to turn around and look the other way, and say it’s going to take a while.

I do think that gold is going through a bear market. A lot of it has to do more with the central bankers and everything they try to do to discredit gold as an asset class, at the same time try to keep interest rates low to keep economic activity going strong. That’s been a much different factor in driving the price of gold.

The other thing that’s been fascinating is this shift of gold from North America to Switzerland to China. The Chinese have a strategy for the renminbi. Not only do they have 200 million people buying gold on a monthly program throughout their banking system, but the government is buying gold because it needs to back the renminbi to make it a world-class currency of trade.

Q: Explain two things: one, why we never saw the hyper-inflation that people thought we were going to see with the massive amounts of quantitative easing (QE), and two, investor preferences changing from hard assets into stocks.

We never got this big inflation some expected because the money is so difficult, outside of getting a car loan or an extension on a house. Even Ben Bernanke, after he left the Federal Reserve, had trouble refinancing his house following his own procedures. It’s extremely onerous to get a loan.

I think the biggest part is to follow the money. And where is the money going? It’s showing up in stocks. When I look at gold stocks, it’s amazing to see that the indexes are down since 2011, but a basket of the royalty companies is positive. So why is money finding its way to them? What are the factors driving that? Well, not only do they have free cash flow, but they also have a higher profit margin and they’ve been raising their dividends. Franco-Nevada again just raised its dividend. Since 2011, the dividend yield on Franco-Nevada and Royal Gold has been higher than a 5-year government bond and many times higher than a 10-year government bond. So money all of a sudden starts going for that yield and growth.

Q: What’s happened to the industry since the downturn began in 2011?

A: Well, when you take a look at the big run we had until 2006, we had very strong cash flow returns on invested capital. We had expanding free cash flow. And then a lot of the mining companies lost their focus on growth on a per-share basis. They kept doing these acquisitions, which made a company go from “$1 billion to $2 billion in revenue.” However, the cost of that meant that there was less gold per share in production and there were less reserves per share. You had this run-up in the cost for equipment, for exploration, for development. The result was you had seven majors lose their CEOs. And in the junior to mid-cap size, you probably had another 20 in which management was thrown out.

The new management is much more focused on capital returns. They have to be. Otherwise they get criticized. That will hold a lot of these managements accountable, and I think that’s very healthy. And now it’s starting to show up that the returns on capital are improving for several of these companies.

A: I’ve always advocated 10 percent and rebalance every year. Five percent would go into gold bullion, coins, gold jewelry–you travel around the world and you can buy gorgeous gold jewelry at basically no mark-up compared to the mark-up on Fifth Avenue. The other 5 percent is in gold stocks, and if it’s a basket of these royalty companies, I think you’ll do well over time, and you rebalance.

Q: Explain your caution in terms of gold in the percentage you recommend.

A: I’ve always looked at gold as being a hedge from the imbalance of government policies. Having that 10-percent weighting and rebalancing every year might help protect your overall portfolio. There are many studies going back 30 years that show that rebalancing helps.

It’s also advisable to put half your money in dividend-paying blue chip stocks that are increasing their revenue. When there are great years in the stock market, people often take some profits. And when gold’s down, as it is now, it might be time to put money in gold and gold equities. 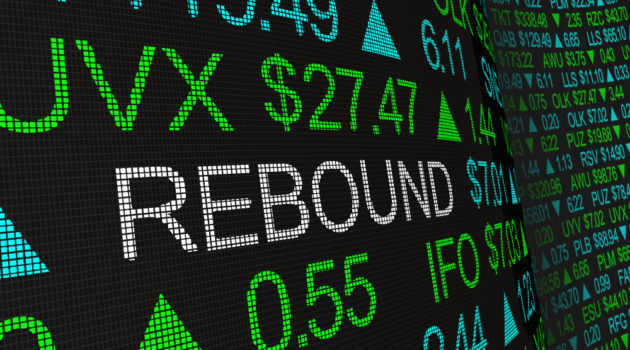 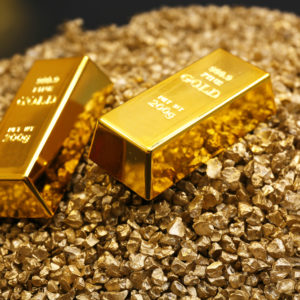 The Most Important Trait of Any Successful Resource Investor

The gold mining sector is one of the most difficult areas of the market to navigate successfully. But there is money to be made here. Henry Bonner sits down with one of the giants of this industry and picks his brain about how to find winners in this market and the four things every great investment has in common. Read on... 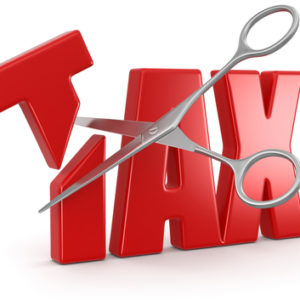 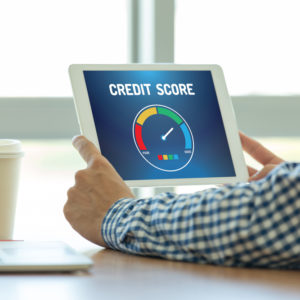