It’s hard not to notice it at the gas station. Oil prices have plummeted. They’re sitting at levels we haven’t seen in years.

Of course, this is great news when you’re filling up the tank. I saw one estimate that today’s prices will put about $750 “extra” into the pocketbooks of every household in America. That’s the equivalent of a national tax cut.

These low prices are also great news for businesses that depend heavily on oil. The bottom lines of airlines, trucking companies, even cruise ship companies will directly benefit.

For investors, however, the situation is a bit more complicated. The effect of low oil prices obviously depends on what’s in your portfolio. One thing’s for certain, however: Oil market gyrations touch everything. So you have to either figure out how to ride the train… or get crushed beneath the wheels.

How long can you expect low oil prices to last?

Yes, as a consumers, you want to see low prices at the pump. But for investors who’ve been riding the American fracking boom, are these low prices a death knell?

To address these questions, you first have to understand why oil prices have fallen so dramatically since mid-2014.

There’s no better place to start than with an event that occurred this past Thanksgiving involving OPEC.

You’re familiar with OPEC and how it works, right? OPEC — or the Organization of Petroleum Exporting Countries — has been around since the 1960s. They’re essentially a cartel, and they work to keep world oil supplies stable (meaning relatively scarce) and prices firm (meaning high, for them).

On Nov. 27, OPEC oil ministers met in Vienna. Their agenda? To set overall oil production quotas. But unlike in past meetings, something very different occurred at this gathering.

Expectations were that OPEC was going to cut overall oil output. This would halt the months-long slide in oil prices.

Traditionally, this decision has fallen on Saudi Arabia. By either raising or lowering output, Saudi Arabia has the ability to “fix” the world oil price. It’s something they’ve been doing since the early 1970s, and it’s given them control over global oil markets.

But in a shock decision, OPEC ministers failed to agree to cut output. Despite the fact the world’s currently awash in black gold, OPEC will continue to collectively lift about 30 million barrels of oil per day out of the ground.

The effect of this surprise move was swift. Markets sold down crude to four year-lows, while shares in a global array of oil and oil service companies took dramatic falls.

What makes this such an astonishing event is that for decades now, Saudi Arabia has held immense pricing power over global oil. But with this decision, they simply walked away from it. Why?

For some time now, the Saudis have seen more and more traditional oil markets slipping away to overproduction and underpricing from competitors. So rather than surrendering more market share, the Saudis drew their own version of a “line in the sand.”

In a sense, they’ve passed the ball to the “tight oil” industry — U.S. and Canadian fracking plays and oil sands, basically — to moderate world oil production in the face of falling prices.

This lowered price of oil has hurt many U.S. “shale” plays — and Canadian oil sand plays — by lowering their cash flow and slowing production growth. Hence the share price sell-off.

Despite this, it should not give too great a cause for concern. There are many excellent oil companies and service plays. Nothing new was created from OPEC’s decision, and nothing was destroyed. Meanwhile, global oil demand is still growing — slowly, perhaps, but growing.

I recently contacted a list of knowledgeable people in the oil industry and asked them to shed light on what’s happening and where it goes from here. I spoke with geologists, engineers, drilling guys, company executives, and big-time economists…

And do you know what?

For all the market drama of oil price headlines and falling share prices, those on the front lines of the oil biz are remarkably sanguine. People in the field, and the companies for which they work, are adjusting. No one is panicking. It’s going to get better, they tell me.

A senior scientist at a major oil service company, for instance, told me this:

The last thing OPEC wants to do is drive the price down for too long and force U.S. tight oil to be even more efficient. We can do that, you know. You want lower finding, development, and lifting costs? You want more price and production competition? We’ll give it to you. OPEC is creating its own worst nightmare.

Economic growth typically takes time. This means oil demand tends to be “inelastic” (as economists describe it). It doesn’t just spike up overnight, despite price drops.

Turning to the supply side, most U.S.-Canadian oil developments are still moving, at least in the short term. Hardly anybody stops drilling wells while the bits are turning, or shuts-in flowing oil wells. Over 80% of North American tight oil projects on the boards are profitable with oil at $50–60 per barrel. So the relatively low current world oil price shaves some upside off profit margins. But industry wide, it doesn’t strangle North American tight oil.

So where does that leave the price of oil?

Over the long haul, it is simply too valuable a commodity to stay “cheap.” Any number of events could trigger prices to rebound. Libya could regress and cut back exports. ISIS could conquer a few more oil fields in Iraq. Insurrection could occur in Saudi Arabia… Anything could happen.

If you’re a motorist, simply sit back and enjoy the low prices!

If you’re an investor with exposure to energy stocks, my advice is to not panic in the face of short-term market turmoil. Panicked times are when great assets move from weak hands to strong ones.

Here are two such companies that should recover and then some. Accumulate shares at current levels, as they are both in “bargain basement” territory now.

Schlumberger (SLB: NYSE) is a superbly run company with immense earning power. One way or another — organically or via acquisitions — SLB is destined to expand greatly over the years to come. 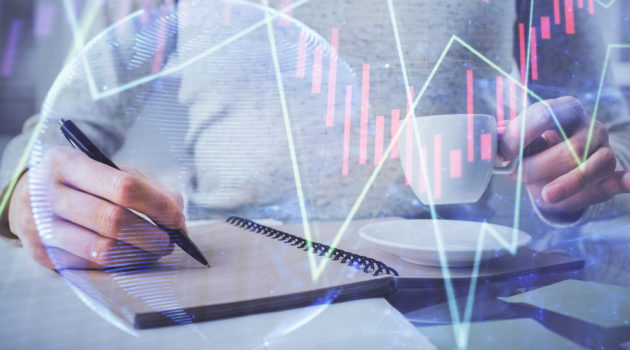 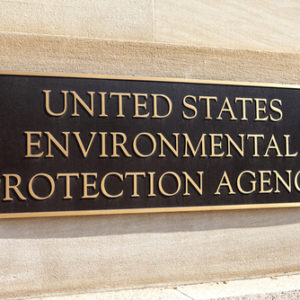 This week Trump took matters into his own hands, signing a new executive order that hands the EPA a one-two knockout punch. he order creates a strong foundation for new U.S. jobs. It removes restrictions that have curtailed economic growth. And it paves the way for alert investors to make a lot of money! Today, Zach Scheidt shows you how to profit from this new executive order…

Step Up and Place Your Bets on a Resource Showdown!

Today, the market values four tech heavyweights at a richer price than 42 of the world’s greatest energy companies. But which is the better bargain today? Let’s have a look… 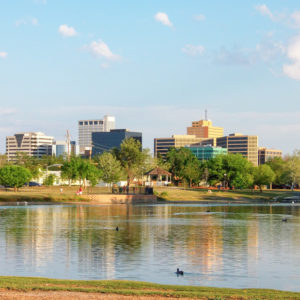