Six Months From Now, You Could Be Rolling In Money From Oil Gains

One of my very favorite investors is Bruce Berkowitz, who manages the Fairholme Fund. I love the way the man invests.

His portfolio is concentrated on his very best ideas, most of which are highly contrarian. At one point after the global financial crisis, he had an incredible 40% of his fund invested in the universally hated AIG (which has since doubled)!

I’m not here to sell you on Bruce Berkowitz (although his long-term performance is exceptional) or even invest using his concentrated style. What I do want to do is share with you the mantra with which he manages his fund, because I think it is especially applicable today.

Pasted front and center on the Fairholme website in bold are three words:

Today, the crowd would have us believe that there is a “glut” of oil and that we have entered a new era of lower oil prices. 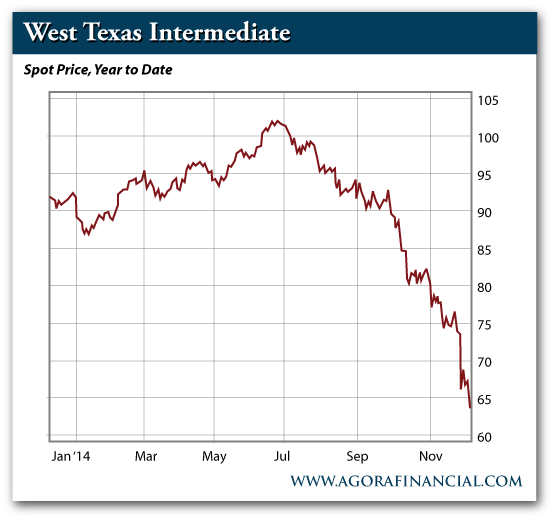 I’ve listened to what the crowd has had to say about oil. The talking heads, the attention-grabbing articles…

“The talking heads, the attention-grabbing articles… [are] heavy on opinion, but very light on data.”

What I’ve found in virtually every case is that when the crowd delivers its message about the state of the oil market, it is heavy on opinion, but very light on data.

I don’t believe that just because the crowd says one thing it necessarily makes it wrong. However, I do believe, strongly, in basing my opinion on cold, hard, objective data, instead of word-of-mouth opinion.

I also believe that if the crowd is in fact wrong in what it believes, taking the opposite side of the trade can be extremely rewarding.

Data Point 1 — Is there currently a glut of oil?

To answer that question, I referred to the Energy Information Agency’s November 2014 Short-Term Energy Outlook, specifically the image below: 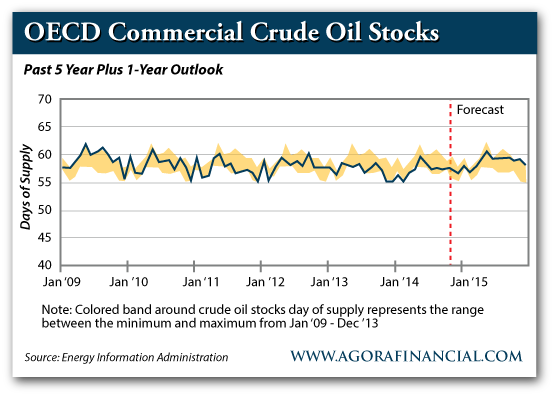 The blue line shows the number of days of oil supply that are currently sitting in storage for members of the OECD. The yellow line shows the range between the lowest and highest levels of the past five years. The dotted gray vertical line is where we were a few days ago, in November 2014.

That blue line that is the current level of oil in inventory is touching the bottom of the five-year average. In other words, we are near a five-year low.

Nothing in this graph would make me think that there is currently an oversupply of oil.

Not only does this chart show that there isn’t a glut of oil in current inventory, the number of days of supply available is actually near the low end of the five-year range.

That is the current situation.

If we look out into 2015, we can see that the EIA is projecting that the amount of crude stocks in inventory is expected to quickly move up and hit the high end of the five year average range.

Which brings me to the next data point…

Data Point 2 — Will current levels of supply and demand create a future glut?

The level of global inventories shows that there isn’t a current glut. However, the market is forward looking, and I believe that is why we have seen oil prices collapse.

That means that on average about 400,000 barrels per day are going to be added to global oil inventories in 2015.

That sounds like a huge amount of oil, but in reality for a world that consumes 92 million barrels per day, it isn’t even two full days worth of consumption.

However, projected out in perpetuity, the current state of daily oil production and oil consumption will increase the amount of oil in storage, which should depress prices.

The market can see this, and that is why oil has sold off.

Data Points 3 & 4 — What does a 40% reduction in oil prices do to future demand and supply?

Now, thinking about the oil market gets harder. In fact, it gets a lot harder.

That is going to impact both the daily production and consumption levels globally. That isn’t an opinion of mine — that is a fact.

A 40% change in the price of oil will impact behavior.

The EIA is showing an oil market that is oversupplied by roughly 400,000 barrels per day in 2015. How much of a daily demand increase would be required to wipe out that surplus?

A demand response that creates an increase in daily demand of less than half a percent completely balances the market.

Will a 40% decrease in oil prices create a demand response of less than half a percent?

I don’t know for sure, but I’m quite convinced there will be increased demand because of this low oil price. And it doesn’t need to be much of an increase to make a significant difference.

That is one half of the equation. Now let’s talk about supply…

Will a 40% decrease in oil prices impact supply?

The answer to that is a resounding yes, especially in North America. And I base that on numbers, not a gut feel. 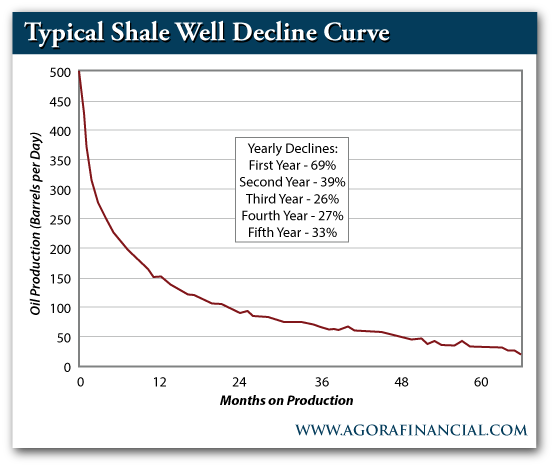 The chart above depicts the typical shape of a shale oil well.

In the first year of its life, a shale well loses roughly 70% of its initial production. Because this shale oil boom is very young (most wells are only a couple of years old), almost all of the current shale production base has a very high decline rate.

Now here is a key point.

The rate of drilling the industry has had over the past several years has been possible because of two things:

Both of those things have suddenly changed.

Cash flows at $65 per barrel WTI are far below what was being generated at $100 per barrel. That is a big decrease in cash available to fund drilling.

The oil price collapse has caused the debt market for the energy patch to go into complete disarray. Companies can forget about borrowing more cash. Their borrowing ability is based on cash flows and reserve values. Many companies could see bank lines cut.

All of a sudden, the North American energy patch has to live within cash flow, and that cash flow has been dramatically reduced.

This shale oil boom was built on $100 oil and ample credit. Both of those are now gone.

In addition to reduced financing making it impossible to drill nearly as many wells, there is also the matter of whether it is rational for shale producers to want to drill wells into low oil prices.

Think again about the decline curve of a shale well.

Because a big portion of the entire lifetime production of a shale well occurs in the first couple of years, it will be impossible for producers to make a decent return on capital invested drilling wells into a low oil price environment.

The rational economic decision in light of this should be to defer drilling as many wells as possible until oil prices pick up again. We recently saw that well licensing permits across the United State shale plays had dropped 40% in November from October.

Companies both can’t drill as many wells and don’t want to drill.

When, then, do oil prices improve?

I don’t know. Right now, we’re in the midst of a shock-and-awe drop in the price of oil — and trying to predict short-term prices may prove to be a fool’s errand.

What I do know is that both the demand and supply sides of the equation are already starting to work on bringing this market back into balance, and the lower oil goes, the stronger the response.

I spoke with a CEO of a midsized Canadian shale producer last week, and his advice to me was this:

“Put your head down for six months and ignore what could be an unpleasant stretch. When you look back up, then the world is going to look a whole lot better for oil sector investors.”

I’m inclined to agree with him. And I base that inclination on the numbers. 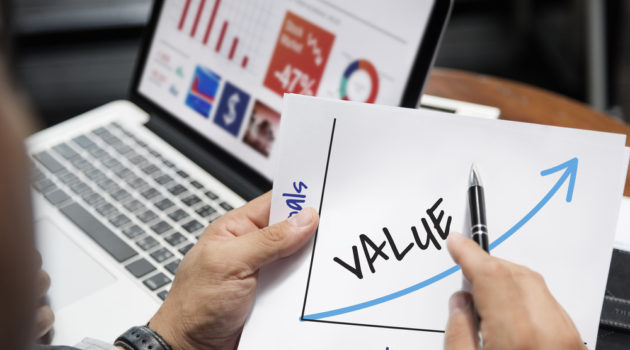 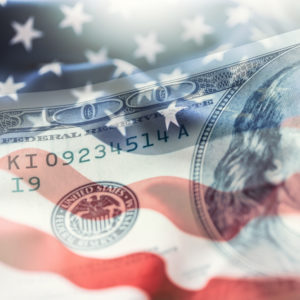 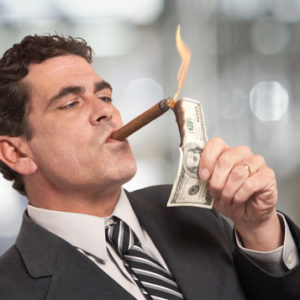