As metals prices boomed during the last decade, small explorers and big miners spent billions of shareholder dollars seeking new deposits. Investors wanted the high rewards of a discovery as metals soared in price. At $1,900 per ounce of gold, even mediocre finds could make money.

Richard Schodde, of MinEx Consulting, has studied past exploration cycles in detail. He says we are seeing a tightening of the sector, as the availability of capital has plummeted. Costs of exploration are coming down as companies cut back on high-salaried employees and reduce operating costs. 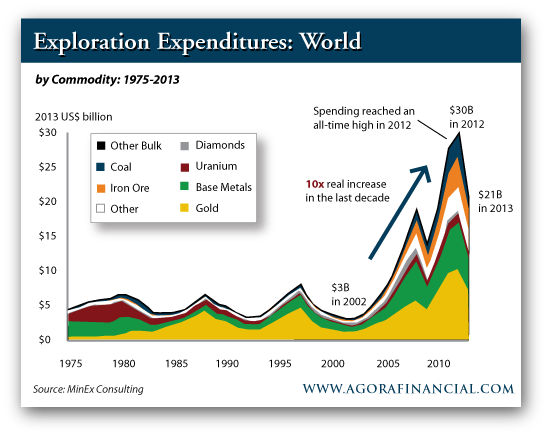 Despite a 10-fold increase in the amount of money spent on exploration over the last decade, the amount of new discoveries was relatively unchanged – meaning that more money was spent per new discovery. Mr. Schodde explains that as more money went into the sector, expenses related to exploring went up. Geologists and engineers demanded higher salaries. Drilling equipment and operators became more expensive, and money was spent liberally on general and administrative expenses.

As an ebullient market sentiment took hold, money was also wasted on projects with negligible odds of success or likelihood of development and often incompetent management. So despite high expenditures of capital, the pace of discoveries remained relatively tame.

Mr. Schodde notes that today, salaries and G&A expenses have come down since 2012, and he believes that this trend will continue as capital remains scarce.

Adding to the challenge, finding new deposits will become much tougher for the exploration industry, he says, because most ‘easy-to-find’ deposits have already been discovered. Explorers will have to drill deeper in known mineral-rich locations, such as Western Australia, or look in problematic jurisdictions, such as Central Africa. Making discoveries should become more costly for these reasons.

As he explains, only about half of new decently-sized deposits will later become a mine. Depending on the commodity and location it will take 10-15 years on average for a discovery to become a mine. So we must discover about twice as much metal today as we will be using in a decade from now in order to maintain supply.

The exploration sector is contracting — spending less money and pursuing fewer projects – and is being forced to be more efficient, Mr. Schodde explains.

While exploration expenses have come down, the need for new deposits is strong. The exploration industry will need to make more new discoveries, despite decreasing capital available, or the supply of mined metals is likely to decline in coming years.

Ed. Note: While investing in pre-operational, exploratory ventures is always risky, there are ways for investors to significantly minimize that risk… And readers of the Daily Resource Hunter email edition were shown two specific ETFs that look relatively cheap at the moment… but that have plenty of upside potential if declining supply helps push prices back towards $2,000 gold. Sign up today to start getting these kinds of tips, absolutely free. 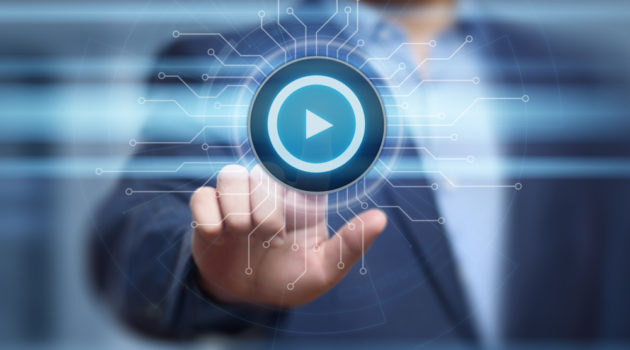 The Chinese love gold. Plain and simple. They buy it hand over fist and imports have gone through the roof since the turn of the century. So what happens when supply fall short of demand? Heh... That's an easy one. The gold price will shoot straight up. Byron King has more... 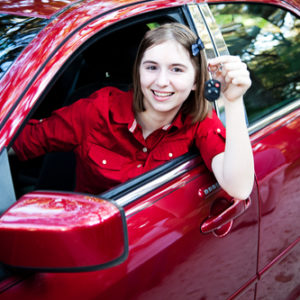 Do you remember your 16th birthday and the thrill of getting your driver’s license? For Editor Zach Scheidt, it opened up a world of freedom. But my, how times have changed… the next generation of drivers has much less interest in being behind the wheel. And that's driving (pardon the pun) some major shifts for investors today... 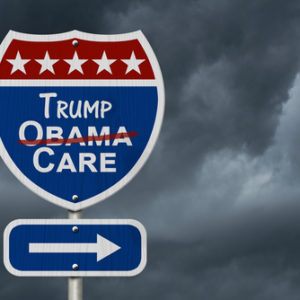 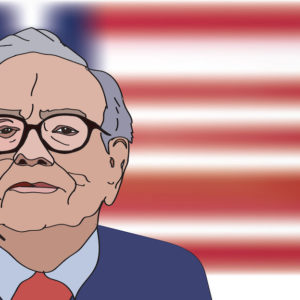