Two weeks ago Goldcorp (GG) announced a $2.6 billion hostile offer to take over Quebec-based Osisko Mining. Goldcorp, as you may know, is a large precious metal company with numerous mines. Osisko is a one-mine play, based on its Canadian Malartic mine in Quebec, built from the ground up (and down) since about 2005.

What’s a good, productive, working gold mine worth? Is the market valuing these kind of things “right”?

Now’s the time to take a look…

But the Goldcorp offer is, at root, a thin markup. It’s fair to say that Goldcorp is bottom-fishing, attempting to hook a quality asset at a super-low price, in a relative sense. It fits into the current time, in which we’ve had to endure beaten-down mining plays.

From the Osisko standpoint, Goldcorp is not rewarding success…

Osisko management has recommended that shareholders reject the Goldcorp offer. Speaking at a conference in Toronto this week, Osisko CEO Sean Roosen characterized a Goldcorp takeover in highly negative terms.

Osisko is a “very entrepreneurial midtier [miner] that’s been a top performer in the space,” according to Roosen. If it gets taken over by Goldcorp, investors will “lose access” to a strong level of performance, without receiving significant upside for their risk tolerance.

“I think,” said Roosen, “from an overall standpoint of investors, if you’re going to invest in growth assets and they’re going to trade at a zero premium at the end of the day, that doesn’t really make a business model for portfolio managers.”

In other words, per Roosen, development takes money, time and patience from investors. There are ups and downs in the mining cycle, and gold mining is not immune to this. Right now, we’re in a “down” part of the cycle, due to (relatively) low gold prices after a long run-up. That, plus the rising costs of mine development over the past decade.

Patience, downswings, low prices… the story is all too common for anyone watching the mining space.

In the past year, we’ve seen a vicious market swoon for mining shares. Pretty much everything took a dive. Looking back, as recently as 2010, Osisko shares traded near $16. But by the end of 2013, Osisko shares traded under $5, even as the company successfully brought a significant new gold mine online. Less risk, more gold, lower share price. Doesn’t make sense, except in a bizarre market.

Now with the “low” Goldcorp takeover offer, per Osisko CEO Roosen, we have an event that sets a tone to remove incentive for long-term investing in basic exploration, discovery and development. From the Osisko standpoint, Goldcorp is not rewarding success, and in fact appears to be punishing success with a lowball bid.

Now ask another set of questions, along the lines of whether it benefits Osisko to get taken out. Right now, as things stand, Osisko has an excellent balance sheet. Its Malartic mine generates positive cash flow. There’s no need to raise further capital. Management has paid down debt in the past year. And in essence, there’s nothing “encumbering” Osisko assets such that negative circumstances are driving a deal.

According to Roosen, the Malartic mine “on a stand-alone basis is quite capable of delivering superior shareholder value than what we’re seeing [from Goldcorp].”

Goldcorp, of course, is looking for a bargain, and the share markets are offering up Osisko on a golden platter, so to speak. You can’t blame Goldcorp management for “underpaying” to acquire something when the broad market is setting a negative tone.

Indeed, one of the problems with the mining space is that many miners paid “too much” for assets during the past 10 years or so, in a run-up environment with ever-rising gold prices. Consider Kinross (KGC) or Barrick Gold (ABX). These two companies overpaid for underperforming assets during the run-up. They’re now holding distress sales of mines and other property to get rid of costly programs and raise whatever cash they can pick up.

So you can’t fault Goldcorp for making a play for a great mining asset at a bargain. Still, I understand Roosen’s pain. He and his Osisko team worked hard to build Osisko, and now they may wind up receiving a relatively low premium when the buyout comes. It’s de-motivating.

One final thought… The relatively low share prices for gold miners reflect the relatively low price for gold in the past year. Then again, the “price” for gold is set by electronic trading. It’s worth noting that nearly 100 gold contracts change hands for each physical ounce that actually backs up the market. Thus, the gold market is based on a very thin physical basis. In my view, it’s set to melt-up when something goes wrong in the trading pits.

Yes, things in the world of gold may muddle along. Central banks do what they do (a taper here a taper there.) Politicians do what they do. Traders do what they do. But when something hits the wall with the dollar or other major currencies or “big” economics on a global scale? Then gold prices could soar. The value of gold-backed assets — like gold mines — could soar as well. Meanwhile, we watch and wait as events play out.

So what’s a mine worth? Much more than a lowball bid, that’s for sure.

That’s all for now. Thanks for reading. Stay warm this week.

P.S. While we wait for the precious metals field to play out there is one sector that’s been on an absolute skyrocket trajectory. And in a recent issue of the Daily Resource Hunter, I gave readers a chance to discover this sector for themselves. If want to get the most up-to-date info – including the ability to access to great profit opportunities like this – sign up for the FREE Daily Resource Hunter, right here. 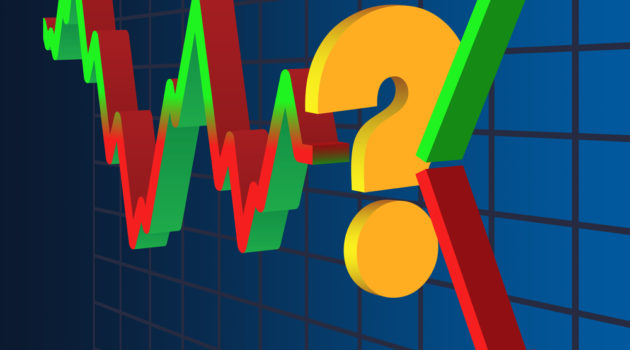