It was a long flight back. No meal service. But no turbulence, either.

“Long flight” is a relative term, of course. 7 hours in a plane beats the 16 it takes to get to South Africa, that’s for sure!

I guess you and I are lucky we’re rather close to the world’s second largest gold field. Today we’ll explore what this area has to offer. We’ll start by outlining just where it is!

Much to the surprise of many, the world’s second largest gold field is right here in the U.S., in the mining-friendly state of Nevada. (My 7hr trip was thanks to a “stay on the plane” layover in California.)

Simply put, Nevada’s gold scene is booming. Years of geology (to make a very long story short) have placed a lot of gold throughout the state – mainly in what are called “carlin-style” gold formations. The Carlin Trend is found near Elko, NV. But there are plenty of other similar trends found throughout the state, mostly in the North.

According to Science Daily, “Since the 1960s, geologists have found clusters of these ‘Carlin-type’ deposits throughout northern Nevada. They constitute, after South Africa, the second largest concentration of gold on Earth.”

Indeed, there’s no doubt this area has gold.

A quick look at the associated traffic on the desert roads and you’ll see plenty of mine trucks hauling ore to nearby processing facilities. Below is an idea of what the trucks look like. We saw plenty!

That’s a great sign when you’re heading to a mine. After all, as our in-house geologist, Byron King, says: “gold is where you find it!” So if ore trucks are burning diesel heading to processing plants, you know you’re in the right neighborhood.

Onward we went! On this trip we were taking a look at an open pit mine. Unlike an underground mine – where you borough deep into the ground chasing veins – the open pit is a surface operation.

Essentially, once the geologists outline the play, engineers blast and dig away on the surface grabbing all the mineralized rock they can.

Here’s a very dumbed-down explanation (cause that’s what your editor likes:)

After the rock is crushed, it’s put into massive piles. From there, the piles are continuously sprayed with acid – cyanide in this case – to dissolve the rock and release the gold. (Note, this is a closed system, the cyanide isn’t ever in contact with the surrounding environment, after all, it’s got the gold with it!)

Once the gold is released it than travels in the acid solution through several column tanks to further concentrate it.

After running through a series of 2-story tanks, the concentrated solution is run through a carbon screen. Gold sticks to carbon. From there the carbon is burned away in an oven and you’re left with relatively pure gold.

If it sounds complicated, that’s because it is! There’s plenty of chemistry and engineering at work here. But it’s all in a day’s work for today’s mine crews.

That’s one of my takeaways from the trip out west. In short, the “easy gold” is gone. Today’s gold mine is infinitely high-tech, but also low grade.

Sure, there are plenty of places around the globe, including some stuff here in North America that enjoy some higher-grade, bonanza-style deposits. And sure, in places like Alaska you can still reach out with your fingers and pluck a nugget or flake from the pile. But more and more the new start-ups (like those in Nevada), need to do a lot of work, for just a little gold.

These days even a humble visitor like your editor, just wanting to see a spec of the shiny-yellowish stuff, is outta luck. The gold mine and operation I was privy to see was host to magnification-needed gold. In other words, ya can’t see it!

Here’s a look at a higher-grade specimen from the mine site. This rock, for perspective, is about the size of my hand:

The rock I’m holding is called “jasperoid” – not to be confused with an asteroid, this stuff is from the bubbling stew of the earth’s mantle. Up close you can see some shimmer, but that’s not likely the gold you’re seeing – it’s just some other mineralization.

I had a few rocks in my knapsack, a keepsake of the trip’s take. But to be sure, I wouldn’t likely be setting off any metal detectors with these hard rocks. (Heh, that didn’t stop the TSA from searching my bag, though.)

The jasperoid rock shown above holds approximately 0.04 ounces of gold per ton, along with 0.38 ounces per ton of silver. It may sound miniscule, but it’s very minable.

Here’s the point, with today’s gold prices miners can still make a buck. Open pit/heap leach operations are relatively low cost – in this case around $800 per ounce.

But, my friend, the days of serendipitous gold falling into a miner’s lap are all but gone. Instead the serendipity is found on a computer screen or in a core sample. That is, instead of seeing “0.04” ounces per ton on the screen, maybe an engineer or geologist will see “0.06” – in other words, more gold!

Ed. Note: There’s plenty more to the story. And readers of my Daily Resource Hunter get regular updates, including specific chances to learn about real, actionable investment opportunities. Learn more. Sign up for free, right here. 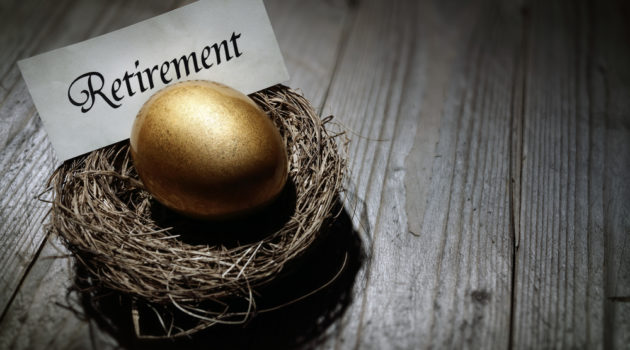 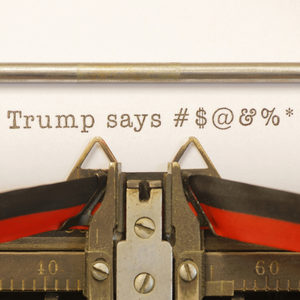 Buyer Beware: Horror Show Not Over In Oil Stocks

We have a scary story to share. It has to do with U.S. oil stocks. As bad a run as they’ve had, it could get worse. Chris Mayer paints a grim picture of the U.S. oil industry as bankruptcies loom...