In oil and natural gas fields across the land, one can see capital investment by the mile — across the surface of the land and road grid are drill rigs and pump systems that go deep into the bowels of the earth.

Looking back over 150 years in the U.S. since the dawn of the Oil Age at Titusville in 1859, no generation has EVER seen as much volume of “new” oil and gas come out of the ground as we’ve witnessed in the past couple of years…

Last year, the U.S. enjoyed its largest increase in oil production in the country’s history. The exact number is that the U.S. grew its overall oil output by more than 800,000 barrels per day. The latest annual BP statistical review puts it at roughly 1,000,000, which would be a 14% increase to 8.9 million barrels per day. Either way, it’s big.

According to IEA, the U.S. will overtake Saudi Arabia as the world’s largest oil producer of oil by 2015.

And that 800,000 barrel increase is net, too. It’s over and above depletion of older oil wells and oil fields. In essence, the U.S. oil patch added much more from new, productive wells than it lost from old, depleting ones. So outputwise, it has NEVER been this good! We’re living through energy history.

It’s good, no doubt. But can anything go south on us? The oil numbers are so good that I feel like I ought to worry that something bad might happen. It’s worth asking what the risks are. Let’s take a look. But first, let me digress.

Yes, we’re living through historic times for energy. But history doesn’t just happen. It gets invented. What does that mean?

Thank a vast array of technology for bringing this “new” oil and gas to the surface. Collectively, we benefit from new exploration and geophysics, based on better sensors, signal processing and computer power. We benefit from better drilling techniques, better drill bits, pipe, drilling fluids and well monitoring. We benefit from directional drilling and all manner of tech related to fracking. All that and more.

Keep a historical context. This new energy revolution happened when it happened. It could not have played out even a few years ago with tech of that era’s vintage. We needed all sorts of new developments in math, physics, chemistry, metallurgy, computing and much more.

I should add that the fracking boom in the U.S. is also a product of legal culture, particularly individual ownership of mineral rights. This encourages leasing and drilling.

In many other locales around the world, governments want to promote development, and especially repeat U.S. success in fracking. For example, there are large areas of Russia, China, the Middle East and Argentina that look promising in terms of geology and shale deposits, etc.

But “just” good geology is not enough. Outside the U.S., most other nations lack the legal environment — let alone the oil service industry and equipment — to make fracking for shale oil and gas worth the cost.

Consider this metric. In 2012 in the U.S. and Canada, the energy industry drilled over 6,000 wells for unconventional oil. Outside North America, fewer than 100 unconventional wells poked the earth in 2012. So the rest of the world has much catching up to do.

Now along comes the Paris-based International Energy Agency (IEA) with a new report called World Energy Outlook 2013. In the new report, IEA predicts that the shale gale in the U.S. — and perhaps across the world, in years to come — will provide only a temporary relief from global reliance on oil from the Middle East.

In and of itself, it’s no stretch to say that mankind will have to find something else to do besides burn carbon. It’s not exactly a revelation when you think out a century or so. But the IEA report tosses a monkey wrench into the deal with its time frames. Things could get worse faster than we might think. We’ll see, eventually.

So far, so good. But IEA also predicts that U.S. oil output will peak at about 12 million barrels a day by 2025 — a dozen years from now — and then start a long, slow decline.

According to IEA, “By the mid-2020s, non-OPEC production starts to fall back and countries from the Middle East provide most of the increase in global supply.”

The IEA report allows for how high market prices for oil will stimulate drilling for light, tight oil. Actually, the energy industry requires relatively high oil prices because many tight oil plays have a cost structure north of $50 per barrel at the wellhead, before taxes, royalties, transport and refining.

But per IEA, over time, that tight oil resource is finite. It’s just a question of when the best sites will be drilled, which many critics have already pointed out. Yes, for example, plays like the Bakken and Eagle Ford are prolific now. But it’s not uncommon for the drilling patterns to encounter the limits of “sweet spots” on the maps.

Eventually, Western and/or non-OPEC shale plays will reach a plateau balanced between new drilling and long-term depletion. Plus, at the end of the day, the world’s largest array of low-cost suppliers is in the Middle East.

According to a senior rep at IEA, “We expect the Middle East will come back and be a very important producer and exporter of oil, just because there are huge resources of low-cost light oil.” It gets back to the geological fact that light, tight oil is not necessarily low-cost oil.

The IEA report is filled with all manner of assumptions that might or might not be valid. There’s much that no one knows, particularly about fracking and the size and scope of the shale resources of the world. There’s nothing easy about this kind of forecasting at all! The better route is to draw up alternative scenarios, a type of managerial tool developed by Shell Oil over many years.

One IEA limitation, for example, is that the authors of the new report were extremely conservative about “inventing” new tech that has not yet come on line, let alone been drawn up, produced or tested. So looking out to 2035, IEA does not anticipate major breakthroughs.

Yes, IEA factors in continued cost reductions in terms of efficiencies, as well as growth of other sources of energy like renewable systems. But no new tech, which might lead to other game-changing ways to pull hydrocarbon molecules out and burn them wisely.

IEA or no, in my view, there’s much more to come from the shale gale, both at home and abroad.

Also per IEA, future global economic growth will spur demand for all manner of energy sources, and oil and gas will remain key in meeting global demands. So as supply crimps down, demand and pricing will go up. That could cause all sorts of other feedback items.

Another angle on energy from the IEA report is that the world will continue to have significant regional differences in energy prices. These differences will have major impact on industrial competitiveness. This will cause investment decisions that will be highly disruptive to communities, regions and even national governments.

The bottom line is that IEA anticipates that the energy industry will continue to drill for light, tight oil in the U.S. The U.S. will continue to play a major role in meeting global oil demand growth over the next decade. But by the mid-2020s, U.S. output will plateau, and we’ll be looking back at the Middle East as a large source of (relatively) low-cost oil.

If you’ve followed these pages for more than few months, then you doubtless know how highly I think of the oil service plays like Schlumberger (SLB), Baker Hughes (BHI) and Halliburton (HAL: NYSE). These guys have many great, profitable years ahead of them. IEA or no, in my view, there’s much more to come from the shale gale, both at home and abroad.

Looking ahead for this decade and well into the 2020s, we’ll see more drilling, more wells, more downhole investment, more technology and more energy production from wells that corkscrew through the shale and tight limes and sands.

I respect the work of the IEA. We’ll see how it all plays out, should we live long enough. Meanwhile, I firmly believe that we have many years of good energy investing ahead.

Ed. Note: No matter how you slice it, the immediate future is bright for the U.S. oil and gas industry. And now is the time to be taking advantage of it. Sign up for the free Daily Resource Hunter email edition to get up-to-the-minute info on America’s most dynamic investment story. 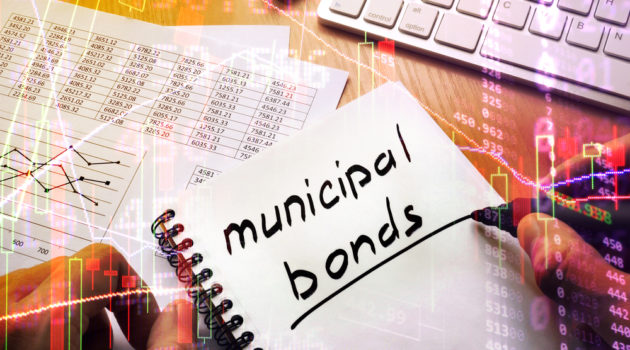 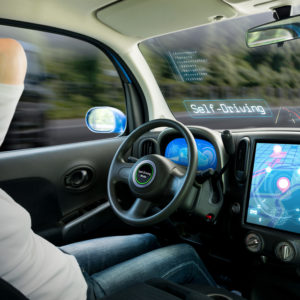 Today, Zach Scheidt shines light on a dangerous financial weapon, and also looks at what you can do to protect your wealth (and profit) from the fallout.

Mongolia’s new mining project is humming along. The first commercial shipment of copper happened just a few weeks ago, meanwhile production is set to ramp up substantially.