In short, one of the oil companies on our radar just made a big announcement. The way I see it, this could be another solid buy signal (so far the market agrees…)

It’s not often a company’s share price rises after an acquisition.

But when it does….watch out!

Last week Oasis Petroleum (OAS) spent over a third of its market value on a strategic set of acquisitions — a huge move and what some less-in-the-know analysts would call a risky bet. Usually we’d see a swift sell-off and prices would struggle for months with a big acquisition, but with this deal that simply wasn’t the case.

You may remember Oasis from our first discussion back in June 2012, when we called the company a “better Bakken play“.

Back then, North Dakota’s Bakken formation was booming. Today, the Bakken continues to boom.

As a quick aside, have you seen the production numbers coming out of North Dakota lately? They’re stunning.

Although we’re more certain by the day that America’s oil and gas boom is NOT a flash in the pan, the only way to know for sure is to check the production numbers. Here’s the latest from the Roughrider State:

Over the past five years oil production in North Dakota has blossomed. According to the latest production numbers, the state is producing over 821,000 barrels per day (bpd) — compare that to just 80,000 bpd a decade ago.

To put this in global perspective, North Dakota’s current production is nearly the same as the total amount of oil America imports from Mexico. So yeah, it’s like we found a Mexico in North Dakota. Mucho Bueno!

Virtually overnight the USGS “found” an extra 3.7 billion barrels of oil in North Dakota — at current production levels it’s like finding an extra 12 years of production! That’s a huge upgrade, but over the years I bet we’ll just see it as a sign of the times — more oil is on the way in America’s shale patch!

Now, back to an example of a company that’s making it all happen…

An Oasis For Your Portfolio In North Dakota!

As we covered in our first write-up on Oasis Petroleum, the company is a “pure-play” on the Bakken/Three Forks. Back then the company seemed highly undervalued. Heck, we even speculated that Oasis would be a perfect buyout candidate for international oil companies.

Flash forward to today and Oasis is doing the buying! In a recent deal they increased their acreage, reserves and production potential with a $1.5 billion acquisition.

As an investor, this deal is exactly what I’d want to see.

Remember, not all shale plays are considered equal. But once the code is cracked on a particular formation, efficient companies can start making a lot of money. That’s exactly the case with Oasis.

For an example of what Oasis is doing, all we need to do is look at their “average” Bakken well.

Average well cost is $7.8 million. Average estimated ultimate recovery (EUR) is 600,000 barrels of oil. With a little post-it note math you’ll see that for every $7.8M in drilling the company is cashing out $54 in oil (over the life of the well.)

…And yeah, you guessed it, with numbers like that, it’s no wonder Oasis was interested in acquiring more acreage.

But get this, the added acreage isn’t where the profit potential ends. The company is also still in the process of optimizing its drill plans. Although well costs have been heading lower for Oasis, there are still more efficiencies left to be had.

First up is well spacing. With more wells per pad and more pads per “drilling unit” the company could still make more out of its acreage. Also, according to the company, pad development operations are set to increase from 60-70% in 2013 to approx. 90% in 2014. Think: more wells, more production, less cost.

As Oasis, and the rest of the industry, crack the code on these stacked plays there could be even more oil to come. That’s great news for a company that just increased its total acreage.

And don’t forget, as you and I know, the North Dakota oil is only as good as the logistic plan to get it to market. This is another area that Oasis has a strategic advantage, take a look at the map below:

There are a few things to note in the chart. First up, the company’s existing, pre-acquisition acreage (noted in brown) is located strategically near both rail and pipe gathering lines. But, as you can see, the acquired acreage (noted in light blue) is a perfect add-on to their existing package.

Both existing and acquired acreage has the potential to hit a lot of oil pay-dirt and Oasis is surrounded by the right infrastructure to get it to market.

Now we’re starting why the market loved this deal!

Add it all up and this Bakken pure-play is looking very strong. If you think like I do, that the Bakken is going to keep getting bigger and better (for the foreseeable future), Oasis is a great horse to ride, here.

Looking For a Good Buy Price?

Oasis’s price action is also painting a positive picture — up some 35% year to date. But is now a decent time to jump into this company? Here’s how our in-house analyst Greg Guenthner puts it:

Back in early June, crude was $94. And many of independent oil companies, like Oasis Petroleum, were just starting to show signs that they wanted to break out.

Fast forward to this week. Yesterday, crude was knocking on $110’s door. And Oasis is powering higher…

It wasn’t the smoothest ride. OAS faked a big move higher back in late July, only to retreat back below $42 less than a week later. However, after finding support near $39, it was off to the races. Yesterday’s clean break takes this name to new 52-week highs.

If you aren’t in this name yet, you could look to buy on any consolidation between $42-$44…

From every angle this company looks strong — growing production, lowered costs, a new beneficial acquisition and a solid chart set-up.

Since our initial discussion (June 2012) the company is up nearly 70%. With more optimization, efficiencies and increased production the company could jump even higher. If you’re looking to add some exposure to North Dakota’s oil bounty, make sure you keep an eye on Oasis.

P.S. The booming Bakken is just part of the bigger story for America. In fact, it’s all part of a “100-year wealth event” that no one saw coming! Better still, the same trend that led to Texas-sized oil riches, minting millionaires from Houston to Dallas, is about to unleash a second round of profit opportunity right here in our own back yard. Readers of my free Daily Resource Hunter newsletter, got a unique opportunity to learn about what companies stand to make the most from this incredible story. If you didn’t receive it, you missed out. But, that opportunity – an many others like it – are sure to come around again. Don’t risk missing out on any of them. Sign up for The Daily Resource Hunter, completely free, right here. 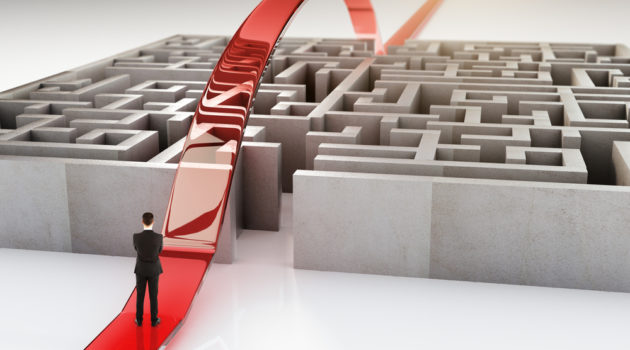 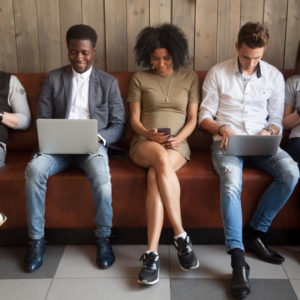