The fire was about to go out…

We’d gone through all of our logs and the campfire was down to burning embers. As the fire started to die, the end of our adventure at a West Virginia lake house looked to be coming to an abrupt end.

That is, until one of the locals said “go get some of that” and pointed over to an outcropped hill.

Me and a friend ran over to the hill and started grabbing armfuls of the soft rocks — as we got closer to the light of the diminishing fire I could tell these weren’t just any rocks… they were pieces coal!

Hours later into the night our small group had a great appreciation for a roaring fire and the “magic” of the rocks from the hill. Indeed, you couldn’t help but think of how exciting it must have been to be one of the first humans to discover the stuff. “Holy cow, this rock burns!”

That story was back when I spent a summer in the Appalachian mountain region, more than a decade ago. A lake house, campfire and an abundant fuel source to keep the night roaring on — you can’t beat that!

This week I ventured back to West Virginia to check out a coal mining operation near the small town of Rupert, WV. If you ask me the trip couldn’t have come at a better time. Some of the analysts and company reps onsite may not have shared your editor’s same excitement. But really, I’ve never seen a more beaten down opportunity in my life.

Today I want to cover the beaten-down coal market. The lake house tale above is a simple reminder that nothing has changed with the coal itself. If I were to venture back to that lake house the outcropped coal would still provide the same long-lasting glow.

Coal still burns. And for the U.S. and the rest of the turning world it’s still going to provide a vital power source for years to come.

There are a few things you need to recognize about today’s coal market, though.

First, in your editor’s humble opinion I don’t see how sentiment could get much worse — the blood is officially in the streets. So far, Obama has blasted the industry in what many are calling a “war on coal.” But, through all of the presidential yammering, nothing concrete has been decided. But, you wouldn’t know that by looking at the price of coal and coal shares.

The market is factoring in the worst case scenario for coal — indeed, it’s almost as if folks think there’s no future value for the dark dusty stuff. I have a feeling the sentiment is wrong (for many reasons) — and for our purposes that means there’s a long-term buying opportunity, if you look at the right places.

Another important aspect of today’s coal market is that there are two different types of coal you need to keep an eye on — thermal coal, used for power plants, and metallurgical or “met” coal, used in forging steel and other high-end industrial processes. These two markets have very different fundamentals, so thinking an Illinois coal operation with low BTU coal is the same as a high-BTU West Virginia operation is like comparing apples to armadillos.

Lastly you need to know that today’s coal industry isn’t the dirt-filled, knuckle-dragging industry most Obama-followers would have you believe. Instead, as you’ll see, coal mining is much more complex and scientific than just pulling the stuff off the side of a hill and throwing it in a fire.

A lot has changed in the West Virginia hills over the years, and there’s surely a way to play it.

Today I’ll give you an inside look at a West Virginia coal operation. Before you can make any judgment on the investment opportunity coal has to offer let’s get our hardhats on!

A quick five hour car trip from Baltimore and there you are in the middle of West Virginia’s coal district.

The operation I visited was above ground — there are plenty of underground mines in the area, too. Underground mining is higher cost and involves the usual elevator shaft (to take you down to mining depth 100ft+) and “seam-chasing” where miners carve out the coal seam and load the coal cars.

Above ground, getting a seam of coal is a lot more straight-forward. But, before coal production can begin a drill team goes in and places explosive charges along a blast line — from there they blast the “overburden” rock away and expose the coal seam. Take a look:

In the picture above you’re seeing the first stage after a blast. The overburden has been removed by large trucks (like the one in the back right.) The target coal in this picture is the flat spot that the truck is driving on.

From there front end loaders and excavators clean off the area and strip the 30-38″ coal seam and push it into a pile. Take a look at the next stage:

What you see in the image above is a cross section look at the coal seam, along with 10-30 ft of overburden rock above it.

In the picture above, the actual mining is happening on the left side. After the overburden is blasted away the front end loader moved all of the coal into a big pile where it can be loaded on to trucks and taken to the processing plant. Once that pile is gone. The drill team will come in again and blast another section.

So far so good! But here’s where it gets complex…

After the coal is loaded onto the trucks it travels a few miles on private road to a wholly owned processing facility.

At the processing facility the raw coal gets sent through a 3-story cleaning process — it’s a warehouse of science at work.

If it sounds complex, that’s cause it is! Heck, while on site one of the guys from the company was even asking “so what’s happening here?” Sure, the processing facility isn’t his gig, but it goes to show you that even folks close to the operation don’t understand the science behind it.

After the processing facility the coal is precisely at spec and ready to be shipped (via rail.)

In this case the coal is “met” coal to be used for specialty metal forging (steel and alloys) or activated carbon (things like charcoal filters and charcoal briquettes.)

Can you smell the irony? This so-called dirty coal could eventually find its way into a groundwater filter, air purification system or other environmental cleanup product. You can’t do clean-up without coal! Or on a more down home level, how many anti-coal folks do you think drink Brita filtered water?

Not to get overly political, but there’s some more low-hanging fruit to cover…

So there I am, dirting-up my boots at a West Virginia coal operation and low and behold the place is surrounded by state of the art windmills. Truly you couldn’t look around the property without seeing two or ten of em. Talk about “clean coal!” Hehe.

All kidding aside, I was curious about one question: of the 67 (soon to be 100) towering windmills, I wondered what the average time would be for those 100+ ft badboys to “breakeven” on their cost. The windmills we’re talking about here cost $2.5 million a pop.

After a little back of the envelope math and some insight from the folks on site, we figured out it would likely take an average of 40 years for one of those $2.5M behemoths to breakeven. In other words, while the coal industry is under fire, the government is subsidizing the hell out of windmills that, to me, seem very far from economic.

From another angle I can guarantee you one thing: coal will always burn and always be available to forge steel or charcoal filters. The same certainty can’t be guaranteed by wind power, and the verdict is still out on the longevity of those windmills.

Food for thought, eh? How long can we continue pumping money into defunct solar plans and not-so-economic windmills before we realize coal isn’t going anywhere any time soon?

There’s more to cover on this coal story, I’ll plan on stopping back in next week with some ways to play depressed share prices. 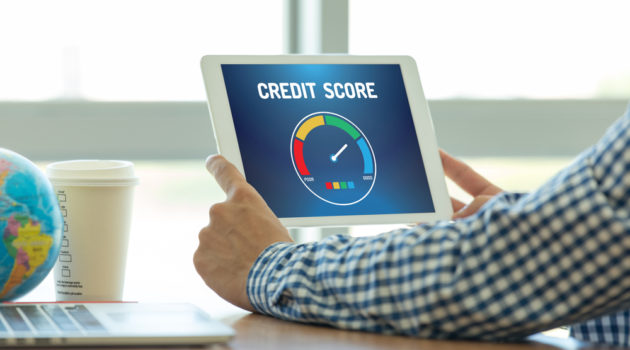