“Canada is pulling ahead of the U.S. in a contest to be the first exporter of liquefied natural gas from the North American shale bonanza to Asia’s $150 billion LNG market” Bloomberg reports this week.

As you likely know, the global liquefied natural gas (LNG) business is set to boom over the coming years. More natural gas demand from Europe and Asia is spurring an energy trend that could last for multiple decades. It’s a big moneymaker, too.

Importantly, the fog is beginning to clear in the global race for LNG. The ink is drying on new contracts and today we’re able to get our bearings in this long-term, big money, energy game.

But before we move any further, let’s get one thing clear on domestic LNG: there are plenty of big names in the LNG market, but the U.S. isn’t – and shouldn’t – be one of them. Indeed, I would NOT bet my hard earned bucks on the long-term economics (or politics) of U.S. LNG exports.

The news from Bloomberg above is another piece to the puzzle.

Not only will the U.S. be a little fish in the LNG market going forward, we stand to get beat by another LNG producer in North America: Canada!

Digressing for a minute, here’s how the LNG race stacks up…

And if you look over to the sidecar, you’ll find North America’s expected roll, come 2015:

Making sense of these numbers is relatively easy (although my spreadsheet on the matter looks more like a college statistics assignment.)

The U.S. and Canada, if all goes well, could be exporting in the neighborhood of 5 Bcfd by, say, 2020. Investment-wise, there’s so much blank space to fill in, both economically and politically that I’d urge you to steer clear of U.S. LNG exports.

Heck, if you had to vote for U.S. or Canada, I think the simple choice is still Canadian exports – the regulatory scene up there is much more favorable. But in all honesty neither North American choice is investingly impressive.

Putting that in North American action in perspective, Australia is set to ramp exports by 15 Bcfd by 2018. So the U.S. and Canada combined pale in comparison to the growth of just one major player.

And you don’t need to just take my word for it. One of the companies heading in the right direction in the global LNG game is Chevron (CVX.)

As a company, Chevron is always finding new ways to play major energy trends. Offshore oil, shale plays, LNG… you name it and Chevron is making strategic moves to help position the company for profit.

When it comes to LNG, Chevron’s portfolio has the right angle. They hold a major development in low-cost, politically neutral, Australia. As you saw above, the country down under is set to be one of the foremost LNG exporting nations. They’ve got plenty of shale and offshore gas to supply their export market for decades to come, too. Plus, there’s no political threat to halt exports or stop energy development. And to top it all off, they’re conveniently located near Asian markets.

In fact, Chevron even has exposure to the Canadian LNG export market with 1.3Bcfd coming from their Kitimat LNG project. But the one thing you will see missing in Chevron’s portfolio is a big bet on U.S. LNG.

But that’s not where the story ends.

Clearly, I’m not impressed with the U.S. LNG export scenario. Frankly I’d support a government ban on exports – but at this point, I don’t even think it will come down to that. That said, there’s a better way to play it!

Right now the U.S. is flush with natural gas, and there’s plenty of profitable use for it. Besides keeping domestic energy prices down through home energy bills, there are plenty of “value added” uses for natural gas in the manufacturing sector.

Instead of shipping the raw gas, the U.S. would be much better suited to export value added products that use natural gas as a feedstock. Here’s a handful of very natural gas intensive products:

For example, using cheap natural gas to become a low-cost producer of any of the items above (all with established logistic chains) would be a much better use of our country’s natural gas bounty. It would lead to a lot more profit opportunities, too.

Going forward the smart money isn’t betting on U.S. LNG, but rather other natural gas “feedstock” plays set to pay off. And if the U.S. LNG industry flops? Better yet!

Looking at that list above you can count the ways to play it. For petroleum products look towards refiners like Valero (VLO) or Tesoro (TSO). For Chemicals look for players like Dow Chemicals (DOW). For Fertilizers look at nitrogen players like CF Industries (CF) or Terra Nitrogen (TNH). And for energy intensive metal manufacturing look for a dividend payer like Nucor (NUE.)

While U.S. LNG exports might not be a moneymaker, the companies above represent the latest way to play America’s energy boom. 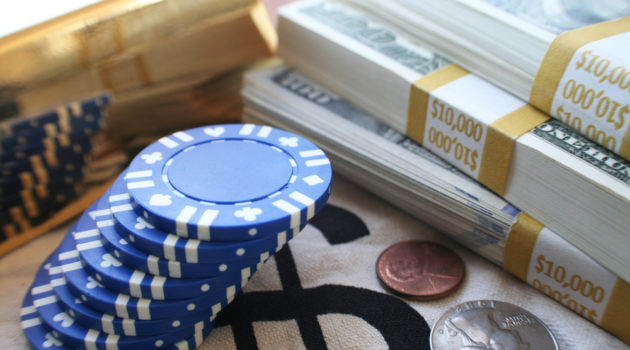