I was chatting with Rick Rule last Friday. Rick is now part of Sprott Asset Management, one of the most respected natural resource investors around. Rick also had a ridiculously good long-term track record in managing money before joining Sprott.

Anyway, Rick has a new thesis he is hot on: platinum and palladium, or more broadly the platinum group metals (PGMs). I’ve learned when Rick gets hot on an idea, it is worth listening to him. Last time I heard him this passionate about an idea was in 2010 and the subject was uranium. (Readers of mine may remember, we bagged a 70% gain on a uranium miner back then.)

The thesis is simple, as most good ones tend to be…

Another way to say it is that the platinum and palladium business, as is, doesn’t pay investors enough for the risks they take compared with alternatives. So it means people will not invest new dollars in the sector. No new investment in mining means depletion of existing mines with no new sources of supply. Eventually, the price has to go up as rising demand (or flat demand) presses on a diminished supply.

“Gold and silver come from many countries and many geologies and as a byproduct with other metals,” Rick says by way of analogy. “But about 90% of platinum and palladium supplies come from South Africa, Zimbabwe and Russia. And they are enormously constrained.”

How constrained? Well, South Africa is by far the most important producer. Let’s start there.

“First, it doesn’t earn its cost of capital,” Rick says. “And that has manifested itself in a few ways, but the most important is that the industry by its own estimate has deferred between $6-8 billion in capital investment.”

Rick took me through the situation in South Africa in some detail. The mining industry there is labor-intensive for reasons both historical and geological. Workers are poorly paid. Labor conditions are truly awful. “Workers are crawling across broken rock on their hands and knees, often carrying 125-150 pounds of hand-operated drills with them,” Rick says. “Worker mortality was always disgusting in South Africa, but it’s becoming frightful now.”

Workers have almost certainly seen a co-worker killed, if not maimed. “The point of all this,” Rule says, “is that workers’ wages have to go up. But because the industry can’t earn its cost of capital, wages can’t go up.”

It’s a hard spot to be in — but it seems clear that something has to give. Once again, the price of the metals has to go up or production will continue to dwindle as rising costs put these miners out of business.

Mining is, of course, energy intensive. And the power industry has a political mandate to provide cheap power for people who can’t afford it. So the mining industry pays more for power but is also the first one to be interrupted. There have been no capacity upgrades in 12 years, Rick says. Meanwhile, demand keeps rising. Antiquated power plants struggle to keep up with demand.

Not a promising picture for the most important supplier of mine production of platinum and palladium in the world.

Then there is Zimbabwe. “Which I can dismiss very quickly,” Rick said. “Zimbabwe had a viable platinum and palladium industry 10 years ago. Robert Mugabe took care of that.”

“I don’t see Zim affecting platinum or palladium supplies for at least a decade,” Rick sums up.

The final alternative is Russia. “I believe it is getting better,” Rick said, “but it is getting better from a low starting point. The problem there isn’t political, it’s geological. The ore bodies of Norilsk, which are the biggest PGM ore bodies in the world, are 80 years old. They are long in the tooth, started by Stalin. And as you get deeper and deeper, the concentration of palladium declines.”

Potentially, there is another deposit, but it is about 400 miles from Norilsk, which itself is in western Siberia and is fairly remote. Rick speculates that it will happen in 10 years and take billions of dollars. Short story: It’s not going to happen anytime soon.

As Rick says, this is not a resource story that’s going to take place in two-three years. It’s a story that’s already taken place over the last five-six years.

I asked about recycling.

Rick told me that recycling makes up about 30% of supply. “It is the only source of supply that has been growing,” he says. “It has increased as a percentage of total supply by 50% in the last 10 years.”

What about substitution? “Substitution doesn’t make sense at anything less than a 100% increase in price,” he guesses.

And the demand scenario? Compelling. “Platinum and palladium go out a tailpipe, go up a smokestack or get turned into jewelry — that’s what happens to it,” Rick says.

They are incredibly useful metals. “The social trade-off is really platinum versus smog,” Rick says. “I mean that’s really what it’s about. The air quality we enjoy today in Western Europe and North America and Japan is a function of catalytic conversion. It takes only about $200 of PGMs at today’s prices to afford the air quality we all enjoy. And that’s $200 against a median sticker price of $27,400 for a new car in the U.S. If the price doubled, the demand implication would be de minimis.”

The emerging markets are a big potential source of demand. China eclipsed the U.S. as the largest auto market last year. But its use of platinum and palladium remains a small fraction of North American consumption.

“The price has to go up, and can go up,” is the pithy summation Rick offers up.

“It’s a thesis that is really, really difficult to poke holes in.” Unless the Western world goes off an economic cliff and vehicle sales get cut in half, it is hard to imagine anything less than a 50-100% increase in price.

As you can see, this is a thesis worth investigating further. I’ll report back in future letters. 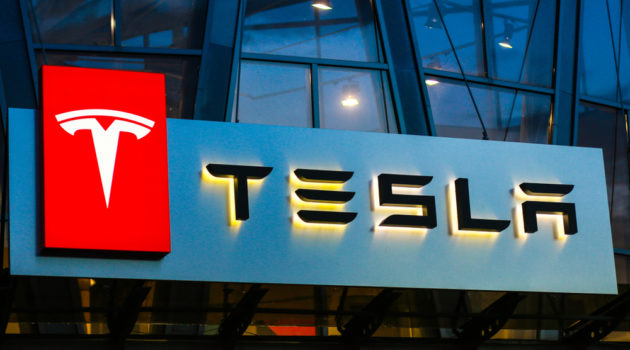 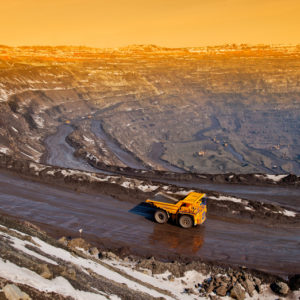